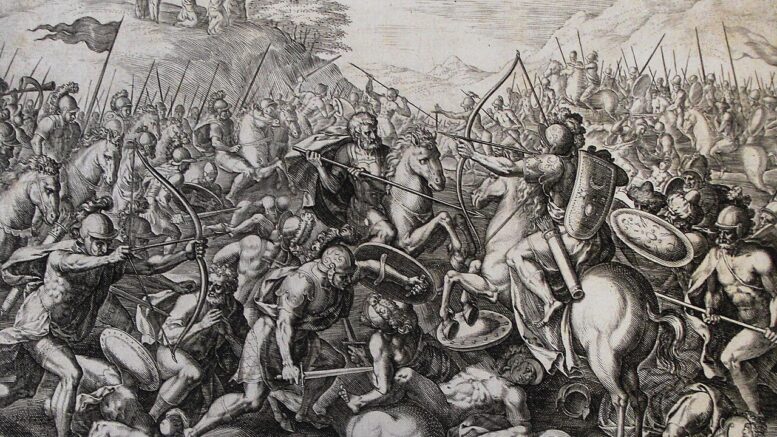 The First Amendment is very clear:

“Congress shall make no law respecting an establishment of religion, or prohibiting the free exercise thereof; or abridging the freedom of speech, or of the press; or the right of the people peaceably to assemble, and to petition the Government for a redress of grievances.”

In defiance of “Congress shall make no law”, the House of Representatives just passed the H.R.5 – Equality Act, which has now been read twice in the Senate and placed on the Senate’s Legislative Calendar for further consideration and vote.

If passed by the Senate, it will undoubtedly be signed by the President to become the law of the land.

The stated purpose of H.R.5 is “to expand as well as clarify, confirm and create greater consistency in the protections and remedies against discrimination on the basis of all covered characteristics and to provide guidance and notice to individuals, organizations, corporations, and agencies regarding their obligations under the law.” (Sec. 2(b))

To accomplish this, H.R.5 primarily retrofits and expands the language of the Civil Rights Act of 1964 to include all self-declared LGBTQ designations alongside “race, color, religion, sex or national origin.”

The original purpose of the Civil Rights Act of 1964 was to end discrimination against African Americans, granting them access to restaurants, transportation and other public facilities. It has been applied to other minorities as well.

H.R.5 now elevates LGBTQ characteristics, which are arbitrarily self-declared, with the unchangeable color of your skin, your race, your place of birth, your birth sex, etc.

However, as I read the entire text of H.R.5, I was struck with the inclusion of Sec. 1107 that stated:

“The Religious Freedom Restoration Act of 1993 (42 U.S.C. 2000bb et seq.) shall not provide a claim concerning, or a defense to a claim under, a covered title, or provide a basis for challenging the application or enforcement of a covered title.”.

Huh? What does the LGBTQ agenda have to do with the Religious Freedom Restoration Act of 1993?

Ironically, this 1993 Act was sponsored by then-Rep. Charles Schumer (D-NY-9) and it actually strengthened the religious rights in the First Amendment. For instance, it states: “Congress finds that the framers of the Constitution, recognizing free exercise of religion as an unalienable right, secured its protection in the First Amendment of the Constitution.” (Sec. 2(a)(1))

Section 3(a) then states, “In general, Government shall not substantially burden a person’s exercise of religion even if the burden results from a rule of general applicability.”

Most importantly, the 1993 act provided legal remedy for government violations: “A person whose religious exercise has been burdened in violation of this section may assert that violation as a claim or defense in a judicial proceeding and obtain appropriate relief against a government. Standing to assert a claim or defense under this section shall be governed by the general rules of standing under article II of the Constitution.” (Sec. 3(c) Judicial Relief)

Thus, H.R.5 specifically and completely guts the Religious Freedom Restoration Act of 1993 and removes any possible legal remedy in the name of religious interference or oppression.

Churches, pastors, Christian school administrators, religious organizations: are you paying attention here? You just lost your First Amendment right to “free exercise” of religion and the exemption that might have otherwise protected you from the ramifications of the Equality Act.

The implications are staggering for Christian organizations of all types. If an LGBTQ person applies for employment, for instance, you must consider them on an equal basis with other candidates, regardless of whether or not they believe the Bible or the faith tenets of your organization. Hiring LGBTQ persons at a Christian school would destroy  their curriculum and closely held moral standards.

Major sections of the Bible would immediately be labeled as “hate speech” if they offend or discriminate against LGBTQ staff members or parishioners. Would pastors and teachers just rip those pages out of their Bibles?

In sum, H.R.5 is set to become a destroyer of Christian organizations, a death sentence to the First Amendment and to all of its unalienable rights given by God in the first place.

Denial will not make it all go away.

The target is narrowing. After the 501C3 churches are put in their places, the real work of banning the Bible will begin. My guess is they will use the CCP model and publish a state authorized version of the Bible making the real Bible contraband.

I don’t think the Roman Catholic Church would set with that. The Roman Pontiff and the Jesuits are in control of congress and the U.S. Supreme Court. The Roman Catholic Church is in control of the last days false church which is all inclusive. Biden, Pilosi, Fauci, Gates, etc. all under the Roman Pontiff. Most churches today have joined in with the Roman Church as if it is one of them. It’s not, they don’t even read the Bible. Even Fox News is headed by Rome the only so called conservative voice left with OAN, and maybe one more.

Biden is a regular old Gumby!