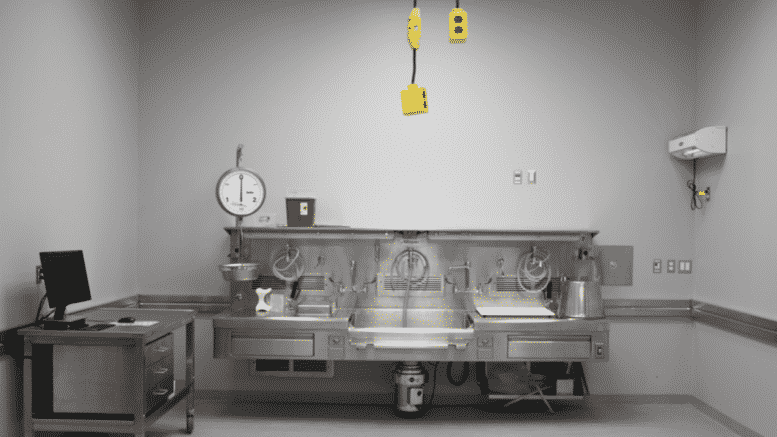 Please Share This Story!
PDF 📄
Dr. Jane Orient weighs in. Yet another facet of standard medical practice is being suppressed. Autopsies were routinely ordered in cases where death is unexplained or needed to be studied for clarification. The Technocrat mind is essentially stating, “We know people are dying but we don’t care to know why.” ⁃ TN Editor

In this age of supposed scientific medicine and a pandemic, we are relying on death certificates for statistics on the cause of death, even though they are known to be extremely unreliable.

Thousands of healthy people are dying unexpectedly, but our public health agencies are assuring us that their deaths were not caused by the COVID jab. The toll of post-vaccine deaths has reached nearly 7,000, according to the Vaccine Adverse Events Reporting System (VAERS). It’s the best system we’ve got, even though it misses 90% or more of the actual events.

But I have seen a report of just one autopsy. This patient had had one dose of the Pfizer shot and died four weeks later. Although there were no characteristic features of COVID-19, almost all tissues tested positive on PCR for SARS-CoV-2.

A 45-year-old mother just died of heart issues and brain swelling, shortly after getting the COVID shot required before she could begin her job at Johns Hopkins University. There will be tears and flowers, but probably no autopsy – and no pause in the shots demanded for mothers and potential mothers if they want to work at JHU.

My internal medicine training was in the dark ages before CT and MRI, but we were still supposed to make an accurate diagnosis. A patient who died without a medical history was an “ME case.” We had to call the medical examiner, who would decide whether an autopsy was indicated. Anything potentially related to the death, such as pill bottles, was evidence. If an injection had been given, the vial would be recovered if possible. With vaccines, one is supposed to record the lot number, so it would be possible to check a sample for contaminants.

If the patient died in hospital, the medical resident was required to request permission for an autopsy. Survivors might be persuaded to OK one by the possibility that their loved one may have had a hereditary condition or an infection that might affect others. In any event, we assured them that their loved one would be treated with respect and that funeral arrangements would not be affected. A chaplain would volunteer to attend.

The most important reason was that the “altar of truth” was the ultimate “quality assurance” mechanism. Hospitals were required to perform autopsies on a certain proportion of decedents in order to maintain their accreditation. A classic study of 100 randomly selected autopsies from each of three years (1960, 1970 and 1980) revealed that major diagnoses had been missed in about 22% of cases in all three eras, despite the introduction of modern imaging methods.

Unfortunately, autopsy rates have fallen from 25% to less than 5% over the past four decades. It never was a revenue producer for anyone except malpractice attorneys.

I always attended the autopsy if I could. One of my most important teachers was a patient in whom we had missed a condition that was glaringly obvious when the skull was opened. We might not have been able to save him, but since we hadn’t even thought of the diagnosis, he didn’t have a chance.

Tens of thousands of patients died of COVID before a series of 12 autopsies done in Germany showed that most had blood clots and could not have been saved by forcing air into their lungs with a ventilator.

I find it shocking that the Centers for Disease Control and Prevention (CDC), the Food and Drug Administration (FDA), the Department of Health and Human Services (HHS) and the Joint Commission that accredits hospitals are not demanding autopsies or testing of vaccine samples. It is not possible to declare a product safe and effective without obtaining direct evidence from potential victims.

Along with autopsies we’d also like to know how many FLU deaths there were last year.

Post-Vaccine Deaths: Where Are The Autopsies? – David Icke

[…] Read More: Post-Vaccine Deaths: Where Are The Autopsies? […]

Post-Vaccine Deaths: Where Are The Autopsies? – HNMDA Buitenland

[…] Read More: Post-Vaccine Deaths: Where Are The Autopsies? […]

Post-Vaccine Deaths: Where Are The Autopsies? – Lighthouse Economics

[…] Post-Vaccine Deaths: Where Are The Autopsies? (technocracy.news) […]