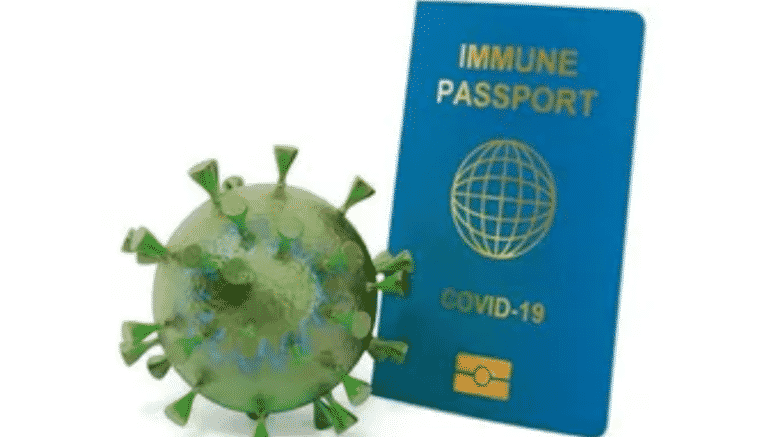 Please Share This Story!
PDF 📄
Technocrats are pushing for universal blockchain-based digital wallets to store your “papers”, whether your vaccine certification, travel pass, medical information, social credit score, Internet passport, etc. What can be monitored, can be controlled and that’s the point of Scientific Dictatorship, aka Technocracy. ⁃ TN Editor

A World Health Organization (WHO) official said that the organization is working to develop a COVID-19 vaccine “digital wallet” and is also seeking to “increase the distribution” of an international certificate for those who’ve been vaccinated.

Dr. Michael Ryan, an Irish epidemiologist who is head of the WHO health emergencies program dealing with COVID-19, made the remarks during a daily news briefing on July 12 in Geneva.

The organization, he said, will provide more “detailed data standards” for individual countries “to generate their own digital vaccination certificate, but that does not get around the policy issues around which vaccines are recognized within that system that that is essentially an international policy issue between countries.”

Ryan didn’t provide details about the digital wallet, which sparked concern and criticism on social media on July 12 about whether such an international vaccine passport-style system could be implemented by WHO for travel.

WHO officials didn’t immediately respond to a request by The Epoch Times for comment.

Among those critics include the left-leaning American Civil Liberties Union (ACLU), which wrote a blog post saying there is “a lot that can go wrong” with vaccine passports.

“It’s likely that such requests will become over-used as people get asked for credentials at every turn,” the group wrote in late March. “While there are legitimate circumstances in which people can be asked for proof of vaccination, we don’t want to turn into a checkpoint society that outlasts the danger of COVID and that casually excludes people without credentials from facilities where vaccine mandates are not highly justified.”

I WILL NOT be vaccinated.

Neither will I, Barbara, good for you. It’s against US Law, a Crime Against Humanity, and against the Nuremberg Code. In other words, governments who coerce people into being vaccinated with this toxic drug are committing mass murder of innocents .. Their leaders have to be arrested, charged with 1st degree mass murder of innocents before a tribunal and face the consequences of their evil deeds.

[…] Technocracy– A World Health Organization (WHO) official said that the organization is working to develop a COVID-19 vaccine “digital wallet” and is also seeking to “increase the distribution” of an international certificate for those who’ve been vaccinated. […]

I still prefer a Leather Weather, it means I don’t need the Internet to see what’s it, and it stops Government from peeking what’s in it.