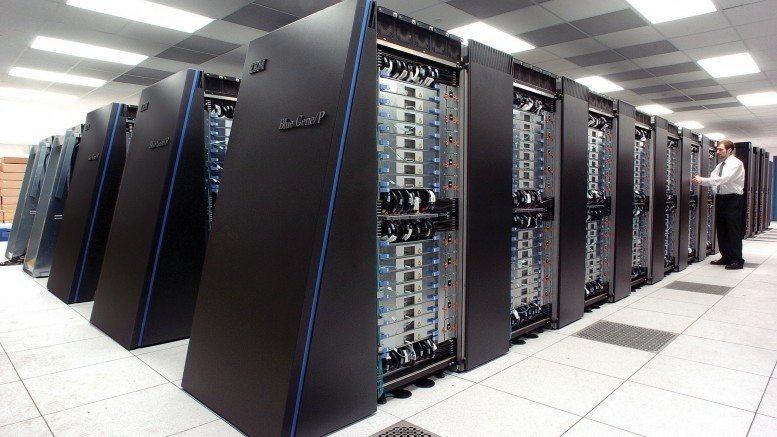 Please Share This Story!
PDF 📄
Technocrats at the top of the vaccine steam roller lust for health data on every citizen. It is the “final frontier” in the sense that they see control over humans as originating within their own bodies. Herd management requires incessant monitoring and data collection. ⁃ TN Editor

The Trump administration is requiring states to submit personal information of people vaccinated against Covid-19 — including names, birth dates, ethnicities and addresses — raising alarms among state officials who fear that a federal vaccine registry could be misused.

The Centers for Disease Control and Prevention is instructing states to sign so-called data use agreements that commit them for the first time to sharing personal information in existing registries with the federal government. Some states, such as New York, are pushing back, either refusing to sign or signing while refusing to share the information.

Gov. Andrew M. Cuomo of New York warned that the collection of personal data could dissuade undocumented people from participating in the vaccination program. He called it “another example of them trying to extort the State of New York to get information that they can use at the Department of Homeland Security and ICE that they’ll use to deport people.”

Administration officials say that the information will not be shared with other federal agencies and that it is needed for several reasons: to ensure that people who move across state lines receive their follow-up doses; to track adverse reactions and address safety issues; and to assess the effectiveness of the vaccine among different demographic groups.

At a briefing with a small group of reporters on Monday, officials from Operation Warp Speed, the government’s vaccine initiative, defended the plan. They said all but a handful of states had signed data agreements, and the rest would sign by the end of the week, though it is not clear how many states will submit personal information.

“There is no social security number being asked for; there is no driver’s license number,” said Deacon Maddox, who runs the operation’s data and analysis system. “The only number I would say that is asked is the date of birth.”

The hurried effort at data gathering, with delivery of vaccine doses expected to begin next week, is making many immunization experts — including the doctor who ran the C.D.C.’s immunization program for 16 years — deeply uneasy. At issue is the delicate balance between a patient’s right to privacy and the government’s right to invoke its expansive authority in the name of ending the deadliest pandemic in more than a century.

In Minnesota, officials are refusing to report any identifying details to the C.D.C., but they will submit “de-identified doses-administered data” on a daily basis once the vaccine campaigns begin.

“This is a new activity for us, as we don’t typically report this level of detail on this frequency to the federal government,” Doug Schultz, a spokesman for the Minnesota Department of Health, said in an email. He added, “We will not be reporting name, ZIP code, race, ethnicity or address.”

In the United States, collecting immunization data has been a purely state-by-state effort. A push two decades ago to develop a federal registry imploded after an uproar over patient privacy and how the data would be used.

“The general philosophy in this country is states manage public health, so the concept that federally we are going to be tracking identified information is concerning,” said Dr. Shaun J. Grannis, a professor of medical informatics at Indiana University, who has advised the C.D.C. on data gathering.

“We are 50 different states with a patchwork quilt of regulations and different perspectives on privacy and security,” Dr. Grannis added. “And I think people are going to be asking the question: What does the C.D.C. do that we can’t do regionally?”

But at the briefing on Monday, Col. R.J. Mikesh of the Army, the information technology lead for Operation Warp Speed, said the data gathering was part of a “whole of America approach” to vaccine distribution. And some experts say that in the thick of a pandemic that has already cost nearly 284,000 lives in the United States, now is the time to start a federal vaccine registry.

“We’re in a pandemic,” said Dr. Carlos del Rio, an infectious disease expert at Emory University in Atlanta. “Privacy has its role, but it cannot be what drives decision-making when you’re trying to do a monumental task like vaccinating millions of Americans with a vaccine that requires two doses.”

The fight over the registry also exposes yet again the fractured nature of health data gathering — and how the government’s lack of sophistication has impeded the response to the pandemic, said Dr. Dan Hanfling, an expert in emergency response and a vice president at In-Q-Tel, the investment arm of the national intelligence community.

The criminal CDC is NOT so-called ‘government’. It is merely a corporation and nothing more. A corporation has zero lawful jurisdiction to require, dictate, arrest, fine or demand anything from a private individual. All states and the de facto federal corporate-government is nothing more than a criminal cartel that has been masquerading as our sovereign Constitutional Republic since The ACT of 1871. Everything we have been indoctrinated to falsify believe is ‘government’ is nothing more than a private foreign owned off-shore controlled criminal corporation or cartel. I defeated the totally criminal and fraudulent IRS Incorporated in 2005, with this knowledge… Read more »

“lawful status of the Beast System”. The “beast” is the last world wide empire, a global government which will rule in the last days. It is called to the secular the 4th Industrial revolution, but in the Bible it says it will control the whole world. In the book of Daniel the prophet it says “And whereas thou sawest the feet and toes, part of potter’s clay, and part of iron, the kingdom shall be divided; but there shall be in it of the strength of iron, forasmuch as thou sawest the iron mixed with miry clay (Daniel 2:41) and,… Read more »

So Andrew Cuomo is concerned about undocumented/illegal aliens being deported from New York? A few years back. People were warning about unhealthy illegals bringing and spreading diseases in the United States. Nobody listened that could have stopped the flow except for Trump and his team after 2016. Any time I said anything to anyone about illegal immigration. All I usually heard was that people had the right to immigrate to the US. No consideration was thought of by the people I strived with on who was gonna take care of every bankrupt immigrant from the cradle to the grave. Now… Read more »