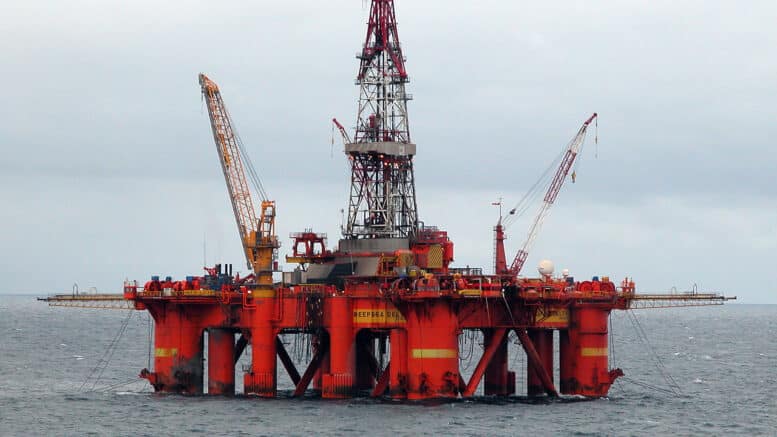 Please Share This Story!
PDF 📄
In a grandstand play, Denmark is giving up oil extraction in the North Sea to cut down on CO2, but nobody points out that 2/3 of Denmarks renewable energy output comes from biomass fuels that produces just as much CO2. Which fuel is more efficient and concentrated? Oil. ⁃ TN Editor

Denmark will stop extracting oil from the North Sea in 2050, the Danish government has said, adding it would cancel its eighth licensing round, announced earlier this year.

The round failed to attract much attention, anyway, with just one applicant expressing interest after French Total withdrew, Reuters noted in a report on the news.

Denmark is not a particularly large producer of oil and gas, with its average daily output this year estimated at 83,000 bpd of oil and 21,000 of oil equivalent. Yet it is the largest in the European Union, which excludes Norway and, from next year, the UK.

The small Scandinavian country is also one of the most ambitious climate goal-setters. Copenhagen plans to reduce emissions by 70% from 1990 levels by 2030 and become carbon-neutral by 2050.

“We are now putting an end to the fossil era, and drawing a straight line between our activities in the North Sea and the Climate Act’s goal of climate neutrality in 2050,” said climate minister Dan Jørgensen in comments on the official statement regarding the suspension of oil and gas exploration in the North Sea.

The minister added that oil and gas industry employees whose jobs will become redundant under the plan will receive help through continuing education to find new employment. The oil and gas fields will be used for carbon storage, Jørgensen also said

It still amazes me that people are still arguing over these things. Over here <<< We have oil/gas/fracking that is DESTROYING our planet. To SEE the MILLIONS of pumping operations scaring our country…..it really is VULGAR!! Then, >>>> over here, we have ‘renewables’, which is a crock o’ shite; very UN-sustainable!! Meanwhile, over >>> HERE <<< they’re HIDING the REAL ‘Free Energy’!! We have Nikola Tesla’s ‘free energy’ Tech; we have ‘ETs’ Tech and, I have NO DOUBT, that ‘they’ have found our ANCIENT (from tens of thousands of years ago) Tech!! But, as per their PLAYBOOK, they keep the… Read more »