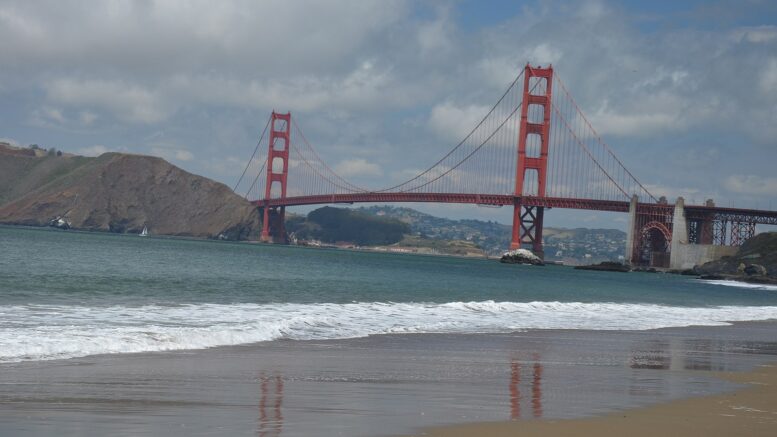 Please Share This Story!
PDF 📄
Why San Francisco? Because that’s in the heart of Silicon Valley where the vast majority of Technocrat innovation has come from. The WEF is creating such giant Public-Private Partnerships to support its Great Reset, aka Technocracy.

Also note that the “team” has a division operating in Beijing, China. ⁃ TN Editor

The ambitious new agreement, which is the first of its kind between the World Economic Forum (WEF) and any European country, will be signed on 24 April by Denmark’s Tech Ambassador and the newly established WEF Center for the Fourth Industrial Revolution in San Francisco. The Center was established last year to specifically advance the WEF’s vision to create impact through public private partnerships.

The WEF-Denmark partnership is aimed at forging new global alliances between a multitude of stakeholders including the private sector incl. technology companies, governments & civil society to help shape and develop the state-of-the-art approaches, policies and regulations of tomorrow in order to utilize opportunities occurring in the Fourth Industrial Revolution.

As a small and advanced country Denmark is already one of the most digitalised societies in the world. Nonetheless the Danish Government has as its clear aim to continue preparing Denmark for the multitude of opportunities as well as challenges arising from digitalisation and the fast pace of new technologies being developed in the 21st Century. The agreement in San Francisco follows a broader memorandum of understanding (MoU) signed at the 48th World Economic Forum Annual Meeting in Davos-Klosters, Switzerland, in the presence of WEF Founder Dr. Klaus Schwab, Danish Prime Minister Lars Løkke Rasmussen & WEF President Borge Brende.

“Our mission is to shape the Fourth Industrial Revolution so that it benefits the society. Denmark has committed to be a leader and pilot innovative frameworks and policies being co-designed at the Center. We look forward to a strong collaboration and sharing findings throughout our Network,” says Murat Sonmez, Head of the World Economic Forum Center for the Fourth Industrial Revolution.

Together with a selection of leading private sector partners, WEF and the Government of Denmark will cooperate on four concrete areas where new technology will potentially redefine many aspects the daily lives of global citizens and create challenges for traditional governance.

“This partnership is based on a fundamental belief that technology in general will be a positive game-changer for the world. Like previous industrial revolutions, our time and age will grow the economy, lift people out of poverty, deliver unprecedented healthcare, develop sustainability across the board and build a new generation of start-ups. Technologies such as Artificial Intelligence (AI), automation and Internet of Things bring huge opportunities for a small, open and highly digitalized country like Denmark. But it requires the right combination of skills, policies, and regulations to maximize opportunities while at the same time minimizing the risks, that it is also critical we do not lose sight of. Our partnership with WEF in San Francisco will be an important step in that direction”, says Denmark’s Foreign Minister, Mr. Anders Samuelsen, who earlier last year appointed the world’s first and so far only Tech Ambassador, thereby elevating technological diplomacy (TechPlomacy) to a crosscutting priority in Danish foreign policy. Based in Silicon Valley but with a global mandate and team located also in Copenhagen and Beijing, the Tech Ambassador is spearheading the new WEF-partnership on behalf of the Danish Government.

WEF and Denmark will collaborate on identifying and driving a number of pilot projects in Denmark, which has the potential to scale internationally. The ambition is to help shape and operationalize agile regulation based on a principle of “light but right touch”, which on the one hand keeps up and enables the pace of new technology, and on the other ensures that basic principles of governance as well as core values will continue to flourish.

The WEF-Denmark partnership will specifically pursue initiatives aligned with the Sustainable Development Goals (SDGs), as a recognition that SDGs represent market opportunities for 12 trillion USD annually, which the private sector and other actors can tap into while contributing to a more sustainable world.

Denmark will partner with the WEF Center for the Fourth Industrial Revolution’s Internet of Things (IoT) and Connected Devices project to pilot initiatives in Denmark specifically benefitting from advancements in accurate satellite positioning and geo-data. Denmark has one of the highest deployments of IoT in the world. Analysis suggests that an estimated 84% of IoT deployments are currently addressing, or have the potential to advance SDGs. This underlies that there is still massive potential connected with IoT yet to be unleashed.

In addition, WEF and Denmark will leverage their network to gain unique insights on how emerging technologies, such as precision medicine, will transform the healthcare sector in the coming years, and how countries like Denmark could adapt accordingly in favor of patients and business.

A dynamic environment for digital innovation is also key to success in the Fourth Industrial Revolution. WEF and Denmark will identify best practices from the unique innovation-ecosystem in Silicon Valley to benefit Danish and European corporates, start-ups, academia, students and other actors in new ways, with a special focus on artificial intelligence, big data analytics and internet of things.

Lastly, the partnership will explore new approaches for agile governance to promote human-centred, inclusive and sustainable policy-making in the future.

The project will initially run for one year with the possibility for extension.

The tribe of Dan prophecy – check it out in the Bible

I read things all day (hundreds of articles); why not tell us about it, and maybe my interest will be piqued.

Hi! This was a bit confusing as this is not the current administration in Denmark. Im danish and am wondering if pergaps this piece is historical? The sitting goverment has been there since 2019 and thats the one FOLLOWING Lars Løkke of whom this article is talking.

Denmark is the most stupid country of Scandinavia.
Since its establishment, kicked out from Sweden because of their endless quarrels about trifles, Denmark have tried to break the secret of the Laffer curve as the country has the worlds highest taxation, today amounting to 70% of any income.
Therefore they are a splendid trojan horse for International Finance and their associates in Technocracy, to betray everybody into the Great Robbery.