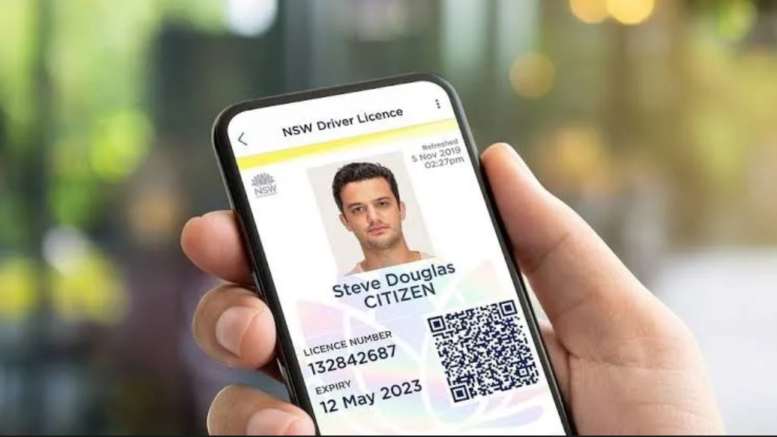 Please Share This Story!
PDF 📄
It’s not just that Arizona joined the surveillance-crazed pack of states pushing digital id, but it was the FIRST state to do so. Unfortunately, Arizona leaders -not the general population – have become a frontrunner in the Great Reset and are providing the “bum’s rush” to everyone else to implement it. ⁃ TN Editor

Arizona is now offering digital copies of driver’s licenses and state-issued IDs on iPhones and Apple Watches. At least 11 other states are currently considering similar plans. As one professor of technology ethics pointed out, “Apple is now sort of trying to vertically integrate your whole life into its phone.”

The New York Times reports that Arizona has become the first state to offer residents digital copies of driver’s licenses and state identification cards available on their iPhones. The move is part of a partnership with Apple announced last year which is expected to expand to Colorado, Connecticut, Georgia, Hawaii, Iowa, Kentucky, Maryland, Mississippi, Ohio, Oklahoma, and Utah, and the territory of Puerto Rico.

But the expansion is facing some pushback, with some worried about privacy issues and Apple’s growing influence. Currently, very few states will accept a digital driver’s license as valid and it has yet to be revealed whether the other states have agreed to join Arizona.

While the digital licenses will be considered valid ID in certain cases, Arizona residents will still need to hand over their official physical driver’s licenses and government ID if they’re pulled over by the police or carded at a bar. Digital licenses will currently only be accepted at select security screening checkpoints at Phoenix Sky Harbor International Airport.

The Arizona Motor Vehicles Division estimated last week that 11,500 people have requested digital copies of their driver’s license or ID. Bill Lamoreaux, a spokesman for the Motor Vehicles Division in Arizona, said: “If they like technology and they want to be an early adopter for it, by all means. This is absolutely voluntary.”

way to go arizona. i see your,e ahead of the curve with withh all things to be utterly burned at the Judgement.