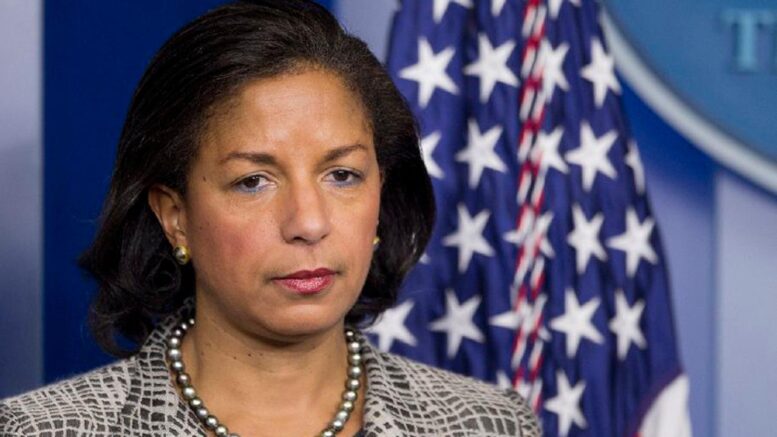 Please Share This Story!
PDF 📄
Trilateral Commission hegemony started in 1973 and is still in control. If you haven’t read my book co-authored with the late Professor Antony Sutton, Trilaterals Over Washington, you should do so immediately. Then read Technocracy: The Hard Road to World Order. ⁃ TN Editor

Ric Grenell, who served as acting director of National Intelligence in the Trump administration, is blasting Susan Rice and says she is acting as a “shadow president.”

His comments came during an interview on CPAC Now. An excerpt of the interview was posted on Twitter by the Conservative Political Action conference.

“This is a problem for the Democratic Party. The foreign policy mess that they are creating is a mess because they are placating the far-left domestically. It’s part of that cancel culture.

“They’re beating up on Israel because it pleases the far-left. They are trying to reach out to Iran and pretend like the Iranian regime should be respected because it pleases the far progressive left. This is the upsidedown world of the Biden administration. President (Joe) Biden is too weak to stop the progressive left from taking over the domestic and foreign policy. (Vice President) Kamala (Harris) does not understand what’s going on…

“And Susan Rice is really happy that Biden is so weak. We have a shadow president in Susan Rice and no one is paying attention.”

Rice is the former national security adviser for President Barack Obama. At one point she had emerged as a serious contender for consideration for Biden’s running mate in 2020.

Rice has faced criticism over her role in the failed Benghazi response that left four Americans, including the U.S. ambassador, dead.

She was also implicated in the unmasking of Americans in intelligence reports during the presidential transition. Some of those Americans turned out to be Donald Trump associates. Rice has denied any wrongdoing.

Grenell was interviewed for CPAC Now by Matt Schlapp, chairman of the American Conservative Union, and by Mercedes Schlapp, his wife and former White House director of strategic communications for the Trump administration, Fox News noted.

The White House did not immediately respond to an email from Fox News. Grenell had previously predicted Rice would assume the role as “shadow president.”

Doesn’t every regime have a ‘shadow’ president? Does it make sense that those who have worked so diligently to create a global, feudal tyranny, would leave the domestic and foreign policies to anyone outside of their control?