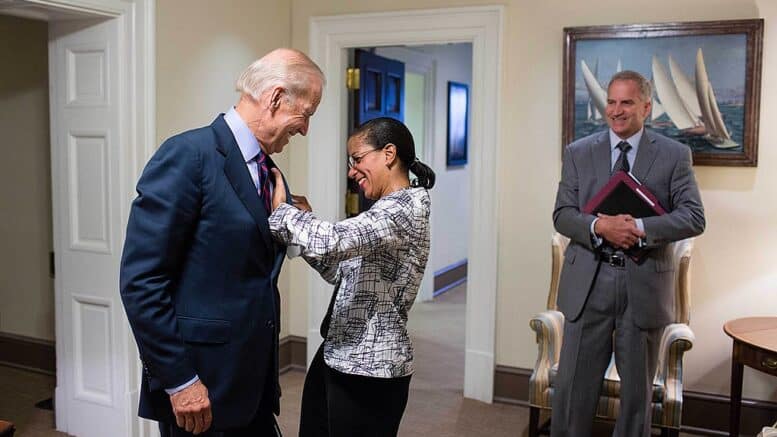 Please Share This Story!
PDF 📄
Former member of the Trilateral Commission and Biden’s top lieutenant is scrambling to save Biden’s agenda – or is it Rice’s agenda on behalf of her Great Reset handlers? Perhaps both, as she is increasingly seen as being the only adult in the room and behind-the-scenes master of the Biden Administration. ⁃ TN Editor

Sinema has also signaled opposition to Biden’s big tax hike and spending bill, prompting the White House to try and find some kind of measure they will support.

Rice and the White House team left the meetings late Thursday night with no deal.

“A great deal of progress has been made this week, and we are closer to an agreement than ever,” she wrote in a statement. “But we are not there yet, and so, we will need some additional time to finish the work, starting tomorrow morning first thing.”

Can someone not put the bitch back in the box? Please.