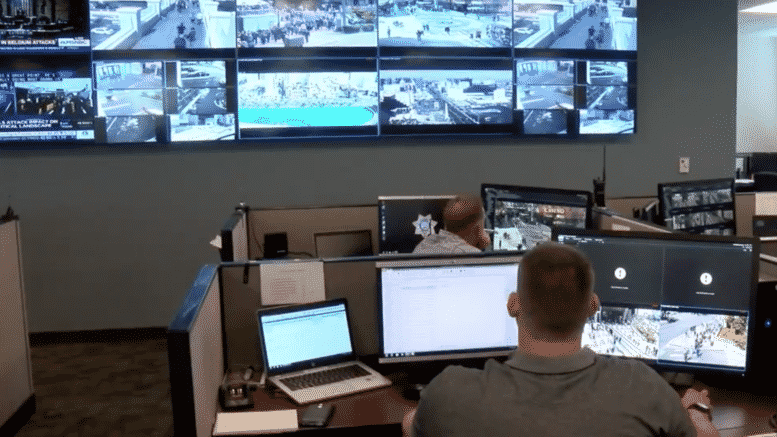 Please Share This Story!
PDF 📄
In Las Vegas, over 1,100 homeowners have volunteered their home cameras to be hooked up to the police video network. While this sounds like a good idea to some homeowners, it puts them directly in harms way for privacy liability. In this case, privacy issues have not been properly thought through. ⁃ TN Editor

Surveillance cameras: It seems they are in service everywhere these days.

At homes and businesses, these electronic eyes catch every move made in front of them. They are the reason local police came up with Project Safe Cam. Its a program aiming to voluntarily register surveillance cameras in the valley with the department.

“If the other people on our street have systems in that, they probably could have tied the person who took stuff from our yard into other things,” says Jason Creager.

Creager’s home was burglarized in the northwest valley. He wishes he had known about the Safe Cam program when the crime happened to him. He says if he had been participating with the program, he could’ve helped police track down the bad guys.

LVMPD tells us 1,100 valley homeowners have registered with Project Safe Cam since it started almost two years ago.

“The particular value of telling us that info is when a crime happens in that area and we are canvassing, we already know which residences have voluntarily signed up to tell us they have a camera.”

“It provides us an opportunity to help us solve crimes faster and catch perpetrators in that area.”

Koren says the program is growing in popularity and has been successful in catching crooks and solving cases.

“Protecting the security of our domain but also our privacy can be in jeopardy as well.”

Mack Jackson Jr., a cybersecurity expert, questions whether the program could be an invasion of our privacy.

“It’s good to have something in place, but we need to have more research behind it and make sure it doesn’t cross over the line in our privacy watching every move.”