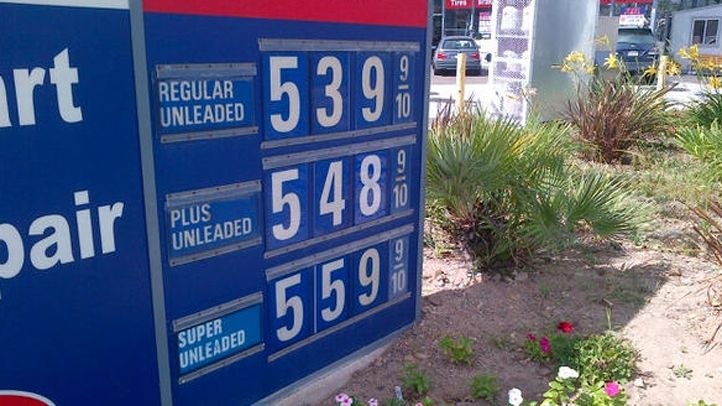 Please Share This Story!
PDF 📄
The artificial energy crisis should be called on the carpet for what it really is: the war against carbon. Global policies have demonized oil, coal and natural gas, driving investment into frivolous “alternative” energy sources, creating an underinvestment crisis in energy that really matters.

Technocracy’s original strategy from the 1930s was to tightly control the energy available for economic output. They also wanted to dump traditional money and issue a universal basic income called “Energy Script”. Since traditional energy sources are not controllable, modern Technocrats declared war on those resources while pushing “green” energy that can be controlled via smart grid technology.

The world’s top oil exporter, Saudi Arabia, has repeatedly said it wants to be the producer that will pump the very last barrel of oil. Until that time comes, the world and its growing economy will still need oil and gas, even as renewable energy capacity soars globally.

The rebound of economies after the 2020 COVID slump has shown that global oil demand is not only not declining, but it is just months away from reaching pre-pandemic levels and exceeding them.

This weekend, Saudi Arabia once again deplored the underinvestment in oil and gas and said that focusing only on renewables while campaigning against oil and gas was a mistake.

The insufficient investment in the oil and gas industry harms consumers, raises concerns about short-term supply shortages, and creates challenges for policymakers, Saudi Energy Minister Prince Abdulaziz bin Salman said at the 2022 International Petroleum Technology Conference (IPTC) in Riyadh this weekend. The campaign against oil and gas investments is shortsighted, the minister said, as carried by Arab News.

The sole focus on renewables is a mistake, said the most influential oilman of the OPEC+ coalition.

The sharp decline in oil and gas investments has created a danger “that the world will not be able to produce all the energy it needs to promote recovery,” Prince Abdulaziz bin Salman said at the conference, per the Saudi Press Agency.

The Saudi minister also criticized the International Energy Agency (IEA) for its contradictory messages, from “no new investment ever again” last year to calls last week for more investment in oil and gas amid the current energy crisis and soaring oil prices.

“We are targeting our production capacity to become 13.4, 13.5 million barrels a day by 2027,” Prince Abdulaziz Bin Salman told TIME’s Vivienne Walt in an interview published earlier this month.

“We believe oil consumption will continue to grow. The demand for oil will continue growing. At what level, I do not know, because the jury is out. Anyone who tells you that they have a good grasp of where and when and how much is certainly living in a fantasy land,” he said.

So, Saudi Arabia and its state oil giant Aramco are doubling down on oil, expecting robust global demand. The world’s top oil exporter is doing its part in ensuring oil production capacity for later this decade when chronic underinvestment in oil will have impacted supply already.

“We intend to remain the world’s top producer,” Yasir Othman Al-Rumayyan, Chairman of Saudi Aramco’s Board of Directors and the Governor of the Public Investment Fund, said at the same conference in Riyadh this weekend.

Renewable energy sources depend on materials that can only be produced with hydrocarbons, Al-Rumayyan said, noting the steel, diesel trucks, and resin-coated blades inputs in building, transporting, and erecting a wind turbine, for example.

“So make no mistake, oil and gas are part of this transition. We have a vital role to play. And we intend to be in business for a very long time,” Aramco’s chairman said.

“It’s often assumed that the only thing holding back a net-zero future is a lack of ambition. That’s wrong. Our industry has ambition in abundance. The truth is that there are still some very complex technology challenges that we haven’t yet solved,” Al-Rumayyan added.

Throughout the net-zero commitments and “keep it in the ground” calls of the past few years, Saudi Arabia hasn’t changed its message to the energy industry—renewables are not enough, underinvestment in oil and gas threatens to create supply shortages, and a rushed transition will lead to increased volatility and higher energy prices.

Over the past few months, the world saw first-hand what fossil fuel shortages could be like. Government priorities turned from actions to reduce emissions in the long term to addressing the immediate energy crunch, soaring energy bills, and catering for the near-term energy security.

Global annual upstream spending needs to increase by as much as 54 percent to $542 billion if the oil market is to avert the next supply shortage shock, Moody’s said last year.

The chief executive of Saudi Aramco, Amin Nasser, said that the World Petroleum Congress in Texas in December:

“Right now, the world is facing an ever more chaotic energy transition. Several highly unrealistic scenarios and assumptions about the future of energy are clouding the picture.”

“Energy security, economic development, and affordability imperatives are clearly not receiving enough attention. Until they are, and unless the glaring gaps in the transition strategy are fixed, the chaos will only intensify,” Saudi Aramco’s CEO noted.

Commenting on the current commodity markets, Jeff Currie, global head of commodities research at Goldman Sachs, said earlier this month that “This is a molecule crisis. We’re out of everything, I don’t care if it’s oil, gas, coal, copper, aluminum, you name it we’re out of it.”