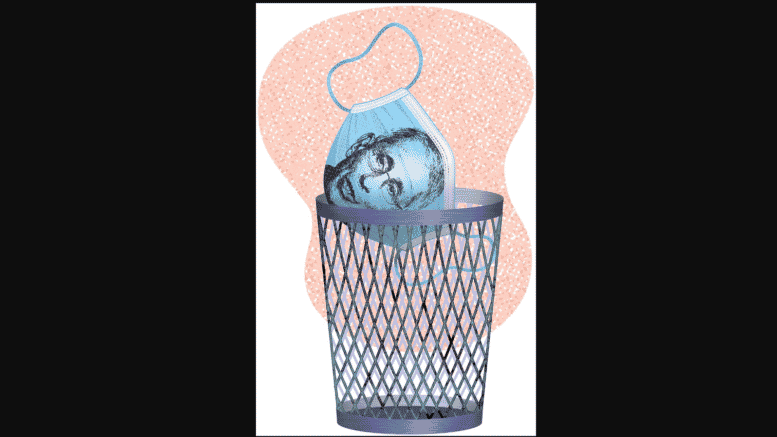 Posted By: Everett Piper via The Washington Times June 7, 2022

Please Share This Story!
PDF 📄
Scientism is a hideous religious proposition that science is god and thus requires a priesthood of scientists to administrate its dictates upon mankind. Anthony Fauci is a perfect example of such a high priest, declaring that the rest of us are too ignorant or stupid to understand the high things of his science. However, we know from other sources that Fauci is an empty suit of fraud and corruption. ⁃ TN Editor

On April 13, the editors of National Review opined: “More than a year ago, Americans welcomed [Dr.] Anthony Fauci into their homes as a sober scientist who was helping them make sense of a deadly new virus. But he has worn out that welcome.”

William F. Buckley’s heirs are absolutely right, and here’s why.

Anthony Fauci is no longer viewed as our nation’s sober “scientist” because he’s not one. Instead, he has shown himself to be a political opportunist and our country’s new high priest of “scientism.”

In my new book, “Grow Up! Life Isn’t Safe, but It’s Good,” I offer the following: In the early 1900s, G.K. Chesterton spoke of the unavoidable consequences of worshipping science above the sacred. Observing that the naturalists of his day were only too willing to turn their science into a philosophy and then impose their new religion upon all of culture with near fanatic zeal, Chesterton said, “I never said a word against eminent men of science. What I complain of is a vague, popular philosophy which supposes itself to be scientific when it is really nothing but a sort of new religion and an uncommonly nasty one.”

Recognizing that science could never presume to compete in the moral arena, Chesterton went further.

Chesterton knew science could answer the questions of mathematics and medicine, but he was likewise keenly aware it had little to say about meaning and morality. He warned that scientific “progress” unrestrained by sacred principles was fraught with dangers. “Survival of the fittest,” he contended, may be an interesting academic discussion when applied to a vegetable, an animal or a mineral, but when practiced on people, its consequences are nothing short of horrifying.

C.S. Lewis also spoke of Western society’s diminishment of God’s created order while elevating personal power to fill the chaotic void. Predicting the rise of what he and others labeled “scientism,” Lewis warned of a dystopia where public policy and even moral and religious beliefs would be dictated by oligarchs only too eager to assume the role of our new cultural high priests.

In his novel “That Hideous Strength,” Lewis asks an obvious question: After two world wars in which technology has brought us the “advancements” of the mass slaughter, ballistic missiles, and the atomic bomb, how is our new man-made god of “scientism” working for us?

“The physical sciences,” said Lewis, “good and innocent in themselves, [have] already … begun to be warped. [They have] been subtly maneuvered in a certain direction. Despair of objective truth [has] been increasingly insinuated into a concentration upon mere power …” Lewis knew that scientists, unhampered by any objective moral restraint, would always reach for, what his friend J.R.R. Tolkien called the “one ring to rule them all,” and he cautioned his readers accordingly.

The list of those who warned of the inevitable consequences of “scientism” over science is long. Chesterton, Lewis, J.R.R. Tolkien, T.S. Eliot and many more, both before and after them, all knew that when we supplant God’s Created order with man’s political maneuvering, there are always dire consequences.

[…] Scientism is a hideous religious proposition that science is god and thus requires a priesthood of scientists to administrate its dictates upon mankind. Anthony Fauci is a perfect example of such a high priest, declaring that the rest of us are too ignorant or stupid to understand the high things of his science. However, we know from other sources that Fauci is an empty suit of fraud and corruption. — Technocracy News Editor […]