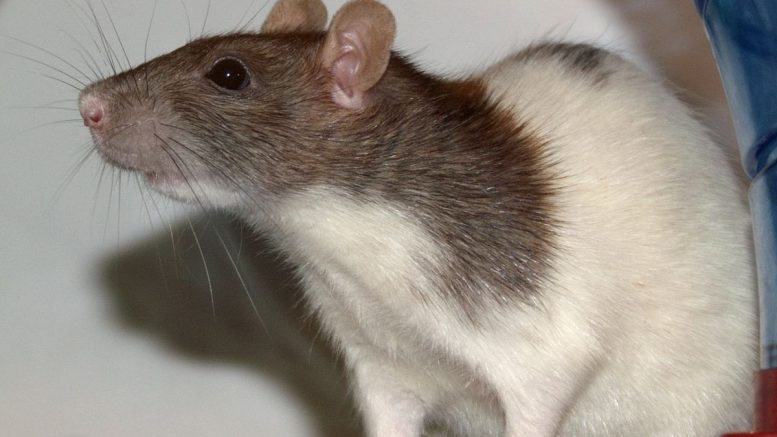 Medical ethics has been again thrown under the bus as Technocrat scientists push the envelope for no other reason except that they can. And they have. One scientist said, “The science is advancing so rapidly, the ethics can’t keep up.” A normal human being would slow down and let them catch up! ⁃ TN Editor

Tiny human brains injected into rats have sparked a major ethical debate among scientists worried it may give the rodents some type of human consciousness.

Esteemed science ethicists claim the experiments might reach a point where the test lab rats will be “entitled to some kind of respect”.

Advances in science have allowed experts to connect tiny human brains with that of a rat.

To do this, they created clumps of cells that behave similarly to human brains called organoids.

Several labs have inserted those organoids into rat brains, connected them to blood vessels and successfully grown physical links.

Medical mag Stat reported that when scientists shone a light into a rat’s eye or stimulated the brain regions involved in vision, that the neurons in the implanted organoid fired up.

It said: “That suggested the human brain tissue had become functionally integrated with the rat.”

Scientists hope this will help us understand brain injuries or treat disease.
But experts warn that the more human brain we implant into rats, the more human-like they will become.

Labs are implanting around three or four organoids in rats for now, but what if they added more?

inuscule blobs of human brain tissue have come a long way in the four years since scientists in Vienna discovered how to create them from stem cells.

The most advanced of these human brain organoids — no bigger than a lentil and, until now, existing only in test tubes — pulse with the kind of electrical activity that animates actual brains. They give birth to new neurons, much like full-blown brains. And they develop the six layers of the human cortex, the region responsible for thought, speech, judgment, and other advanced cognitive functions.

These micro quasi-brains are revolutionizing research on human brain development and diseases from Alzheimer’s to Zika, but the headlong rush to grow the most realistic, most highly developed brain organoids has thrown researchers into uncharted ethical waters. Like virtually all experts in the field, neuroscientist Hongjun Song of the University of Pennsylvania doesn’t “believe an organoid in a dish can think,” he said, “but it’s an issue we need to discuss.”

Those discussions will become more urgent after this weekend. At a neuroscience meeting, two teams of researchers will report implanting human brain organoids into the brains of lab rats and mice, raising the prospect that the organized, functional human tissue could develop further within a rodent. Separately, another lab has confirmed to STAT that it has connected human brain organoids to blood vessels, the first step toward giving them a blood supply.

That is necessary if the organoids are to grow bigger, probably the only way they can mimic fully grown brains and show how disorders such as autism, epilepsy, and schizophrenia unfold. But “vascularization” of cerebral organoids also raises such troubling ethical concerns that, previously, the lab paused its efforts to even try it.

This seems like a loophole to avoid human testing regulations.