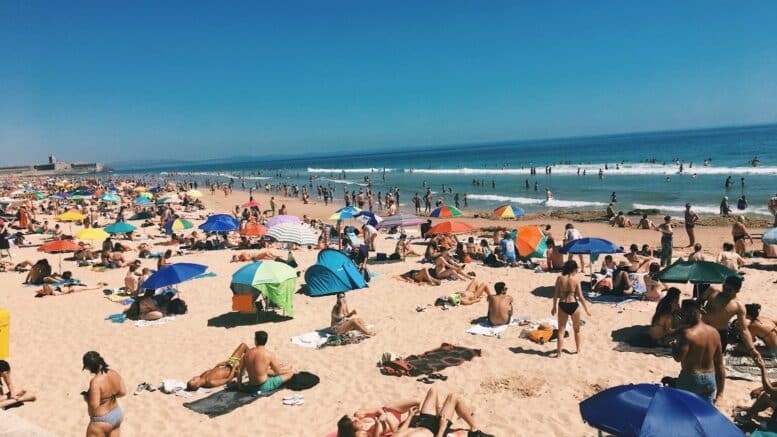 Please Share This Story!
PDF 📄
Medical tyranny at the hands of Technocrats will advance with an endless stream of human-altering vaccines until the power is ripped out of their unelected, unaccountable hands. There is no such thing as voluntary withdrawal. Power is never voluntarily abandoned. ⁃ TN Editor

“The sort of criteria that might be introduced… is that when one travels internationally for a short trip, going on vacation for example, that one is vaccinated each time on that occasion for that particular trip.”

Scientists at Oxford University have suggested that people may need to have a coronavirus vaccination not once, not twice, but EVERY time they want to travel out of their home country.

The scientists published a report in the Royal Society Journal last week that acknowledged there is little data on how efficient or long lasting the current vaccines are, and so it is likely that countries will require a recent vaccination.

Having endless vaccinations when there is no indication of how effective they are, or what long term side effects there may be sounds absolutely mental, but that is what is being suggested.

Speaking to the London Telegraph, Epidemiologist Christopher Dye, a leading author of the reports stated “If we thought that the duration of protection was just a matter of months, then the sort of criteria that might be introduced – we’re not saying they should be – is that when one travels internationally for a short trip, going on vacation for example, that one is vaccinated each time on that occasion for that particular trip.”

The scientists also stated that vaccine passports are “feasible,” but only when global standards can be agreed upon.

“An effective vaccine passport system that would allow the return to pre-Covid activities, including travel, without compromising personal or public health, must meet a set of demanding criteria,” said Dye.

Other co-authors of the study wanted that the covid passports, which the government’s vaccines minister has repeatedly said are not going to be used domestically, “need to be fully explored.”

Professor Melinda Mills warned that such a system “could inadvertently discriminate or exacerbate existing inequalities,” adding “The intended use will have significant implications across a wide range of legal and ethical issues.”

“Is it literally a passport to allow international travel or could it be used domestically to allow holders greater freedoms?” Professor Mills further questioned.

“We need a broader discussion about multiple aspects of a vaccine passport, from the science of immunity through to data privacy, technical challenges and the ethics and legality of how it might be used,” Mills added.

and that all became ONLY possible because people DID NOT REJECT the suffocating masks and the covid FRAUD in the first place!! If People DO NOT WAKE UP NOW, only few will be left, as humans!

yes and we will be vilified like they were in Germany WW2, probably insist we wear a pink star…. seen all this before…they want the world for themselves and think they can turn themselves into Gods with their CRISPR insanity, Gods will stopped it once before and looks like its coming again, but i’m still not having ANY jab for flu or anything else, .If people are not asking why do they need a jab if you still have to comply with having your life ruined for ever whats the point ,IT DOES NOT WORK… but people dont seem to… Read more »

They Are Liquid Death By Lethal Injection As Mandated By The Evil $hill Gates Of HELL Controlled UN Agendas 21 And 2030 Realm-Wide Forced Human Cattle – Chattel – Chatt’l & $heeple Depopulation COVID-OP$1984 $camdemic To ” Rid Themselves Of The Useless Eaters ” Which We Are To Them Because They Cannot Make Any $$$ From Us, Or Off Us . . . ;-0

R.I.P. Former Nurse And Mother Of 2 Due To Death By Lethal Injection Of A Faux Vaccine Mrs. Tiffany Lashae Pontes Dover… ;-0

How about a vitamin pack, you know with the standard supplements, vitamins D,C, ZINC and Quercetin, maybe some Elderberry? This is much more cost effective, great nutrition and your not poisoning your body with big Harma crap with side effects that turn you into a repeat customer for their swill.
In fact many would actually benefit from this.
‘Funny how we’ve gotten this far without this vaccine B.S. is it? Hmmm what changed?
In other words, we don’t need no stinking vaccines! Now or ever!

Besides being overtly desperate to have every, single, freaking human on the planet take an untested DNA changing vaccine, these creepy people are now telling the story of a continually invasive vaccination program for every time you step out of your box? This move smacks of more than a profit scheme. It smacks of progress toward an ultimate agenda (whatever it is). There is something in the vaccines that require updating periodically in order to be consistently effective. As George Carlin put it: “They (they elitists–politicos and power mongers) don’t give a damn about you. Once you get this into… Read more »

Boy are they getting desperate to push this crap into us, and it aint to make you immune !!
We need to really drag these evil satanists out and tar and feather them before cutting the head off of this evil mindset..

ATTENTION ALL HEALTH CARE WORKERS!!- YOUR POSSIBLE FUTURE PARTICIPATION IN A MANDATORY`VACCINATION PROGRAM WILL NOT ONLY BE ILLEGAL, BUT OBVIOUSLY CRIMINAL. IF IMPLEMENTED, IT WILL VIOLATE THE CONVENTIONS OF VARIOUS CONSTITUTIONS, CHARTERS, AND OATHS (DOCTORS), INCLUDING INTERNATIONAL LAW. IF YOU PARTICIPATE IN A COMING MANDATORY VACCINATION PROGRAM YOU COULD AND WILL BE LOGGED FOR EVENTUAL LEGAL PROSECUTION. DO NOT ASSUME THAT THE SO CALLED LEGAL PROTECTIONS AFFORDED YOU VIA AN INTERNATIONAL EMERGENCY, MARTIAL LAW, OR WAR TIMES ACT WILL PROTECT YOU. THE DOCTORS UNDER THE NAZI REGIME USED THE SAME JUSTIFICATIONS UNDER A WAR TIME EMERGENCY. THEY WERE THE FIRST… Read more »