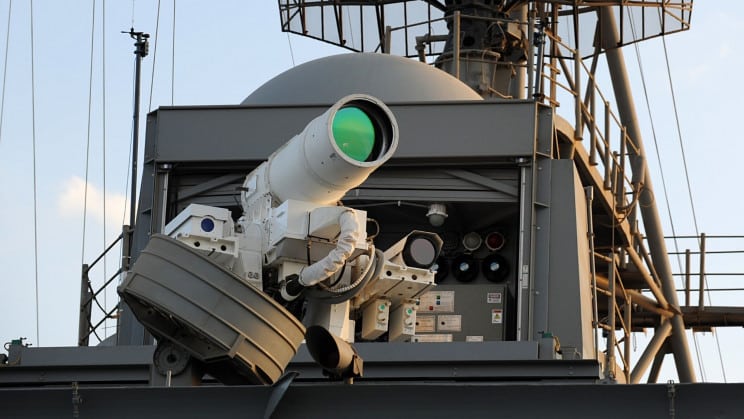 Please Share This Story!
PDF 📄
The Technocrat mind of advanced weapons engineers invent because they can. This new laser weapon has a myriad of uses on the battlefield and against civilian populations. ⁃ TN Editor

It appears the U.S. Army is developing and building a laser weapon capable of vaporizing its targets and disrupting enemy tech signals thanks to pulses and signals. This may well be the world’s most powerful laser to date.

The Tactical Ultrashort Pulsed Laser for Army Platforms, as the laser system will be called, will be a million times more powerful than any other laser platform before it, reported New Scientist, the first to publish the news.

What the ultra-powerful laser platform will do

The Tactical Ultrashort Pulsed Laser (UPSL) platform will be different from the current laser systems, as it will emit short pulses that rely on low energy. In contrast, current lasers typically emit continuous beams.

The new system is being designed to reach a terawatt for a short 200 femtoseconds — or one quadrillionth of a second. In that time, the UPSL would be able to vaporize a drone. On top of that, the hope is that it’ll also be able to disrupt electronic systems in its vicinity, turning it also into a functional electromagnetic pulse (EMP).

Such types of laser weapons are extremely useful when combating fast-moving, small drones or missiles, explained New Scientist. And when it comes to using them against human enemies, they can cause a number of reactions, from skin irritations to blindness.

The hope is to develop a UPSL that’s big enough, has enough power, and ruggedization to be used on Army platforms, explained a brief outlining the future laser system.

On top of that, this type of laser would be able to vaporize the outer casing of a drone, rather than melt it as current laser systems do.

It’s not the first time laser systems are mentioned or even used in the military. And it’s clear to see that this type of weapon is gathering more and more attention and focus as time goes on.

Reminds me of, “And this shall be the plague wherewith the LORD will smite all the people that have fought against Jerusalem; Their flesh shall consume away while they stand upon their feet, and their eyes shall consume away in their holes, and their tongue shall consume away in their mouth.” (Consume: instant, moment) Zechariah 14:12. This is future, nothing happens without God’s permission. When He gives permission it is the Lord doing it. During the Great wrath of the Lord Jesus Satan will be able to do what he has been wanting to do since He deceived Adam and… Read more »

You are describing what will happen to Christ’s enemies upon his return. The weapons described will be pointed at Him at His Coming.

Correct, thank you. Satan is behind these weapons of warfare and he will loose big time, Jesus said no flesh would be saved if he doesn’t come. No weapons can work against God Almighty. Satan will use these weapons against mankind. I sure would not want to be here during that time-which I’m not. “And he was clothed with a vesture dipped in blood: and his name is called The Word of God. and the armies which were in heaven followed him upon white horse, clothed in fine linen, white and clean. And out of His mouth goeth a sharp… Read more »

I’ve said several times now–these people are getting ready for something either real or imagined. Something BIG.