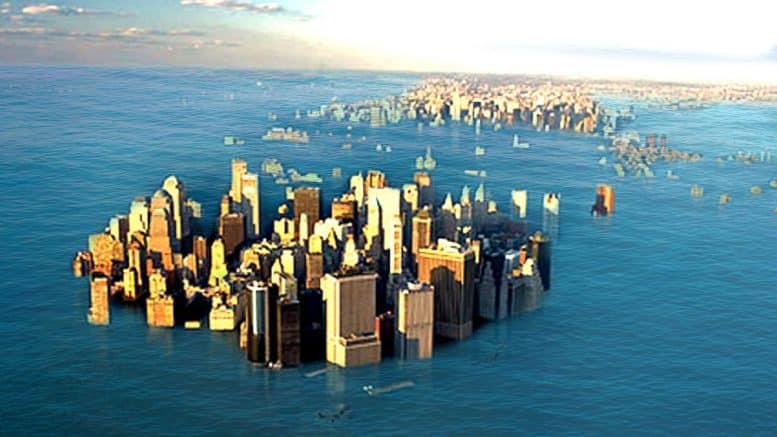 Some global warming scientists are back-peddling on their most extreme predictions on global warming, but still refuse to abandon the premise that man is is the primary cause of global warming, or that the earth is most likely headed into a cooling cycle. This Technocrat position is essentially anti-human because humans always end up taking the blame for whatever happens. ⁃ TN Editor

Earth’s surface will almost certainly not warm up four or five degrees Celsius by 2100, according to a study released Wednesday which, if correct, voids worst-case UN climate change predictions.

A revised calculation of how greenhouse gases drive up the planet’s temperature reduces the range of possible end-of-century outcomes by more than half, researchers said in the report, published in the journal Nature.

“Our study all but rules out very low and very high climate sensitivities,” said lead author Peter Cox, a professor at the University of Exeter.

How effectively the world slashes CO2 and methane emissions, improves energy efficiency, and develops technologies to remove CO2 from the air will determine whether climate change remains manageable or unleashes a maelstrom of human misery.

But uncertainty about how hot things will get also stems from the inability of scientists to nail down a very simple question: By how much will Earth’s average surface temperature go up if the amount of CO2 in the atmosphere is doubled?

That “known unknown” is called equilibrium climate sensitivity (ECS), and for the last 25 years the UN’s Intergovernmental Panel on Climate Change (IPCC) — the ultimate authority on climate science — has settled on a range of 1.5 C to 4.5 C (2.7 to 8.1 degrees Fahrenheit).

If accurate, it precludes the most destructive doomsday scenarios.

“These scientists have produced a more accurate estimate of how the planet will respond to increasing CO2 levels,” said Piers Forster, director of the Priestley International Centre for Climate at the University of Leeds.

Gabi Hegerl, a climate scientist at the University of Edinburgh who, like Forster, did not take part in the research, added: “Having lower probability for very high sensitivity is reassuring.

“Very high sensitivity would have made it extremely hard to limit climate change according to the Paris targets.”

The landmark Paris climate agreement in 2015 called for capping global warming at “well under” 2 C compared to a pre-industrial benchmark, and pursuing efforts for a 1.5 C ceiling.

The findings should not been seen as taking pressure off the need to tackle climate change, the authors and other experts warned.

Perhaps someone might educate these educated idiots about Malinkovich cycles and the decadal oscillations, the effect of solar and moon cycles, not to mention thermohaline induction which causes the circulation of convection currents in the oceans between the south and north poles and it’s effect on climate. CO2 is not the cause of so-called AGW. Only 15% of the so-called scientist agree with man-made AGW.
Wes are heading into a new ice age which will begin in earnest in 2019 and progress thru 2030. Better buy up some property in Florida quick…

OMG you guys!! – the first sentence has a ‘misdirection trick’ in only mentioning “4 or 5 degrees Celsius” – the limit we are trying to stay below is 1.5oF, and the “worst case scenario” only went to 2oF at the Paris summit. Nobody is talking “4 or 5 oC by 2100.

The AUTHOR of this tripe is on the verge of criminality by posing such lies about a very real threat.