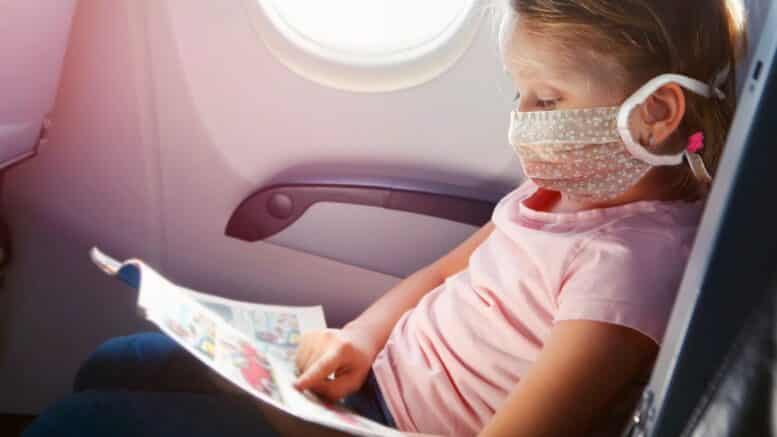 Please Share This Story!
PDF 📄
Lacking any sound science that face masks do anything to curtail the spread of virus, worldwide mandates to wear them are an egregious attack on Free Speech. It has also been a prime driver in the so-called Mass Formation Psychosis that has paralyzed the world. It’s time to demand passage of this legislation to end forced masking on travel. ⁃ TN Editor

Sen. Rand Paul (R-KY) told Fox News’s Dan Bongino he is forcing a vote in the next two weeks to end mask mandates on planes, noting leftist leaders are only suddenly lifting restrictions due to souring opinions, as “the science isn’t changing, but the polls sure are.”

“But the interesting thing is that the Democrat governors are finally giving up on some of this stuff. Even D.C., the most Democrat city in the entire country, the mayor put on vaccine passports two weeks ago, put businesses — put restaurants out of business. Well, she’s already relinquished it,” Paul said.

“She’s getting rid of it. The mask mandates, getting ready to go away,” he continued, noting he is now focusing on the federal mask mandate, which forces individuals to wear masks on planes.

This is just wrong on so many levels. https://t.co/0razlEab5c

“I have bill that I’m going to force a vote on in the next two weeks on getting rid of the mask on airplanes. It’s only theater. You can take them off for 15 minutes and breathe air which is recirculated to everybody else,” Paul said of the illogical mandate.

“And the thing is is, I think ultimately the Democrats are going to wake up one day and say, ‘My goodness, everyone hates us now because we’re the nanny state,’ and so it’s happening, and it’s happening in a big way, and some of the Democrats are finally waking up,” Paul said, repeating what other conservative allies have observed as well: “The science isn’t changing, but the polls sure are”:

Sen. @RandPaul to @dbongino on getting rid of airplane mask "theater" 👇

"I think ultimately the Democrats are gonna wake up one day and say 'my goodness, everyone hates us now because we're the nanny state' … The science isn't changing, but the polls sure are." pic.twitter.com/EsdcqVLOfZ

While theur mandates are wrong the bill should not and most likely will not pass.

Because Airlines are not publically owned. Their aircraft, their rules. The peace nonoviolent response is to simply not fly. If wveryone did this the Aielines would soon cave and their stupid mandates would be recended.

your definition of publcally owned might need some brushing off