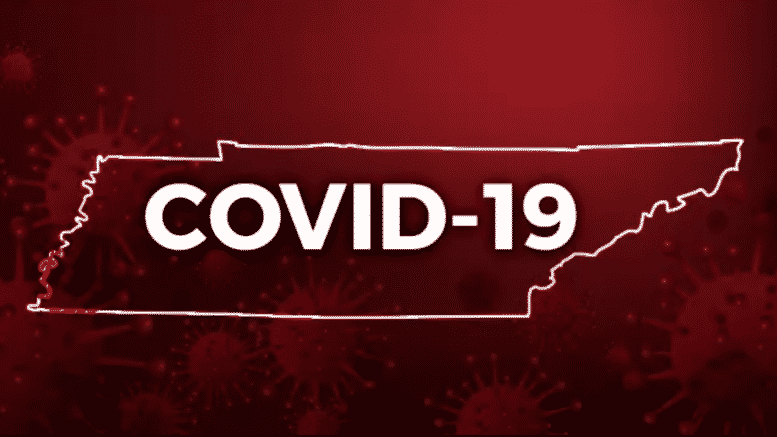 Please Share This Story!
PDF 📄
The carefully orchestrated Great Panic of 2020, aka pandemic, has unleashed horrific programs at the hands of techno-tyrants who have seized the opportunity to transform society. Tennessee officials want to invade every home in the state to interview children for “wellbeing”, even in the absence of their parents. “Wellbeing” is defined by the state, not by the parents.

This is part of the Technocracy initiative of total surveillance to monitor every single activity in society. Further, it is designed to separate children from their parents and dictate policies for upbringing. ⁃ TN Editor

Apparently, parents are all suspects in Tennessee. And apparently, in the eyes of officials, government must oversee parents’ parenting to ensure that parents care for their children — and families must prove their innocence. With that in mind, authorities launched a totalitarian federally funded plan that shocked the state and all of America.

Faced with a massive public outcry of unprecedented proportions, Big Brother did hit the pause button on the radical program sending government bureaucrats to interrogate every child in Tennessee under the guise of performing a “wellbeing check.” However, state officials are not giving up yet. Great danger remains.

The scandal began last week, when the Tennessee Department of Education released a “toolkit on child wellbeing checks.” The announcement unveiled a totalitarian plan to invade every family home in the state on a monthly basis. Homeschoolers, private school children, and government-school children were all in the cross-hairs.

“Since we know many children have experienced adversity due to the pandemic, child wellbeing checks are a deliberate way all stakeholders in the community can help ensure the needs of our children are met,” said “Education” Czarina Penny Schwinn, as if “stakeholders,” rather than parents, were in charge of caring for “our” children.

The taskforce’s goals included to, on a monthly basis, “verify the wellbeing and identify needs of all Tennessee children” with “monthly child wellbeing calls.” Also on the agenda was to have “communities” (read: government bureaucrats) “come together to check on our kids and support the holistic needs of Tennessee children.”

It was not clear where Commissioner Schwinn got the totalitarian idea that children in her jurisdiction belong to the government — a noxious idea peddled by tyrants ranging from National Socialist (Nazi) leader Adolf Hitler to International Socialist leaders such as Mao and Stalin. Nor was the concept of “holistic needs” defined.

But according to Schwinn, who was appointed by RINO (Republican In Name Only) Governor Bill Lee, bureaucrats — not parents — are already doing a great job providing for the “holistic needs” of “their” children. “I am encouraged by the hard work and dedication of the Task Force and our districts to support kids and their holistic needs,” she said.

According to documents obtained by The Newman Report, these “wellbeing checks” include in-home interviews of children, preferably without parents around. The “checkers” are instructed to speak with the child “directly and as privately as possible.” Parents who refuse to allow it would be entered into a database for unspecified purposes. The goal is to have the government check on every child in the state, from birth to age 18.

They are also supposed to “gauge general stress level” and try to push government “services” on families, including the provision of “devices.” Everything from food, transportation, and housing to dentistry, “hygiene procedures,” “mental health,” and vaccines are included in documents about what the government is seeking to meddle in.

After an enormous outcry from lawmakers, civil-liberties advocates, families, taxpayers, and non-totalitarians everywhere, the state “Education Department” withdrew the “toolkit” and promised to “revise it.” “We’ve updated the language for its actual intent, but there is there’s no big brother,” claimed Commissioner Schwinn after the firestorm.

But it’s not over. “It is very obvious to me and others this was not meant to be a short term project,” education expert and former Tennessee County Commissioner Karen Bracken told The Newman Report. “It stated in the policy that it was to be implemented during and AFTER Covid. This smells suspiciously like the home visits and partnering with parents from ESSA [the federal Every Student Succeeds Act].

Calling for authorities to allow life to get back to normal, Bracken also said that Tennesseans will refuse to accept any revision or re-branding. “No matter what warm and fuzzy words you wrap around this policy it is a total violation of our Constitutional rights and an overreach into an area in which they have no authority,” she said. “It is felt they are using COVID as the excuse to implement a plan that has been in the works for quite some time.”

I have only one word for the ‘Czarina Schwinn’ of Tennessee — BITCH. Don’t even think for one tiny little moment that this federally funded program just suddenly appeared. It is clearly a fascist program that has been in the works since before the covid virus lie (V) began. The UN’s predatory class has devised and will attempt to carry out many programs which have been hiding in the wings ready for their weaponized, murderous V and subsequent lockdown. The Czarina Schwinn extremists are simply corrupt toadies whose intent was to carry out their predatory masters’ plans in order to… Read more »

this program needs to be implemented now. There are too many children that are being mistreated; parents on drugs, alcohol & are abusive. Just take a look at what police have to deal with every day. Women married the government to replace the father, so they could get money and do what they wanted without anyone questioning them. So now it’s the responsibility of the government to care for the children. Not only the feminists, the Roman Catholic Church doctrine stated that a women has the Right to have as many children as she wants & it’s Society’s (the taxpayers)… Read more »

I think you should move to China William Fortune. You’d be so much happier there.

I see you blame women for everything. You are a man AND IT IS YOUR RESPONSIBILITY TO RAISE YOUR CHILDREN! To sick the government on the women as your response is proof of your own shortcomings and disrespect of women in general, an mankind without compassion. Men have a problem, they are enablers. Don’t blame the Roman Catholic church either for your own SINS. “You had to get a divorce” I ask, why? You have free will. Read the Bible, for it contains the instructions God gave mankind. You are responsible, and you can blame no one else but yourself.… Read more »

Who made the incentives, funding, equality schemes, quotations by law?? Not the women, not the males.

The “adversity” experienced by everyone, including the children, is caused by the psychos. Interrogate the psychocrats and remove them.

It a repeated “blame the victim” concept. You make unnecessary lock downs, asocial home and screen schooling, then children get troubled for something bureaucrats made, you blame the parents.