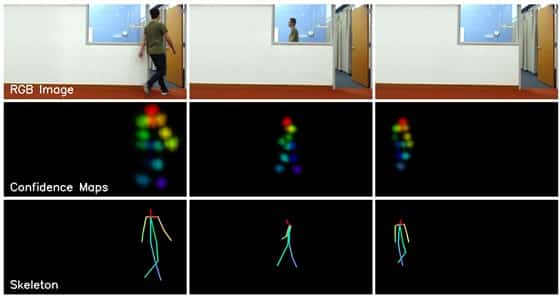 Technocrat scientists again invent because they can, not because they need to. Law enforcement will be the most likely early adopter of see-through wall technology as it pursues total domain awareness on the street. ⁃ TN Editor

A group of researchers and students at MIT have developed an intelligent radar-like technology that makes it possible to see through walls to track people as they move around, a development that could prove useful for monitoring the elderly or sick as well as for other applications — but that also raises privacy concerns.

Tests show that the technology, known as RF-Pose, can reveal whether someone is walking, sitting, standing or even waving — and can identify individuals from a known group with a success rate of 83 percent. Its developers say it could prove useful for law enforcement, search and rescue, and — perhaps most important — health care.

“We’ve seen that monitoring patients’ walking speed and ability to do basic activities on their own gives health care providers a window into their lives that they didn’t have before, which could be meaningful for a whole range of diseases,” Dina Katabi, a computer scientist at MIT and leader of the group, said in a statement.

She and her colleagues presented new research about the technology last month at a computer vision conference in Salt Lake City.

Katabi said doctors might use the technology to keep tabs on someone with Parkinson’s disease by watching for changes in gait that might indicate a looming problem. Or people might use it to monitor an elderly relative — for example, to receive an instant alert if he or she falls.

The technology, which uses artificial intelligence to interpret radio wave data, grows out of earlier work by the same group. Previous versions of the technology could detect a person’s silhouette behind a wall, but Katabi said this is the first time it’s been possible to closely track and identify people.

The heart of RF-Pose is a laptop-sized radio transmitter. The radio waves it beams out pass through walls but are reflected by human bodies because of their high water content. Computer algorithms analyze the reflected waves, homing in on the head, hands, feet and other key body parts to produce moving stick figures on a screen.