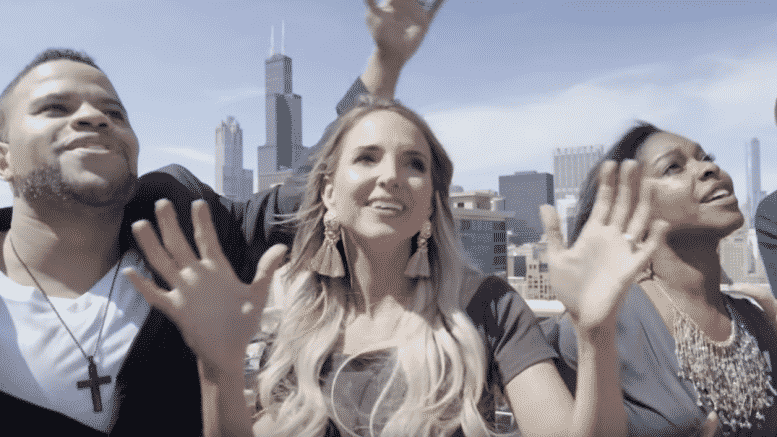 The fact that Facebook apologized for being caught with two high-profile censorship ‘oversights’, is meaningless. The real question is, how many thousands or tens of thousands of videos and posts have been removed without resistance or public outcry? The public will be pacified by Facebook’s contrition even as it ratchets up its AI censorship program. ⁃ TN Editor

Now a gospel music group can be added to the list.

Last month, Zion’s Joy!, a vocal ensemble from Indianapolis, posted a video to its Facebook page for a new song, “What Would Heaven Look Like.” The video opens with images of strife and protests — including scenes of demonstrators in Charlottesville, Virginia — as the group sings lines including, “I know it might feel like this trouble will stay, but this world will soon fade away.”

“We want to touch people’s hearts and let people know that we can do better than the world is doing right now,” Robert W. Stevenson, the group’s founder, said in an interview.

After a week, Zion’s Joy! decided to promote the video by paying Facebook for a “boost.” That’s when the social media giant’s algorithm flagged “What Would Heaven Look Like” as “political content” and blocked the video altogether, Stevenson said.

In a statement, a Facebook spokeswoman said Thursday that its political ad policy is “new, broad and exists to prevent election interference, so we’re asking people with content that falls under those rules to simply get authorized and show who paid for the ad in order for it to run.”

“Separately,” the statement continued, “we made an error by deleting the original post. As soon as we identified what happened, we restored the post since it does not violate our Community Standards and have apologized to Zion’s Joy.”

The removal of the video is only the latest example of how Facebook’s rules for identifying political content — tightened in the wake of political pressure over the company’s role in the 2016 presidential election — have labeled various forms of content as political, stirring objections from users and publishers.

The New York Times has complained that its paid promotions for its reporting on politics — and even for posts on subjects as innocuous as a cake recipe — have been treated as political advertising by Facebook. More recently, Facebook notified a publisher in Texas that it had violated the social network’s standards on hate speech by posting an excerpt from the Declaration of Independence. (In the company’s defense, the excerpt included the term “Indian Savages,” and Facebook told Gizmodo it had removed the post “by mistake and restored it as soon as we looked into it.”)

Under Facebook’s new rules, all “election-related and issue ads” — including posts that are promoted through paid boosts — must contain a disclosure about who paid for them, and the ads will be collected into a searchable archive.

The first 30 seconds of the four-minute video for “What Would Heaven Look Like” include scenes of protesters crying, waving the American flag and being carried away in stretchers. There is also a brief image of a demonstrator, standing in front of a building bearing a Trump logo, who is holding a sign critical of the Dakota Access Pipeline.

The rest of the video, for the most part, shows the group’s singers lip-syncing in a recording studio and on a rooftop.