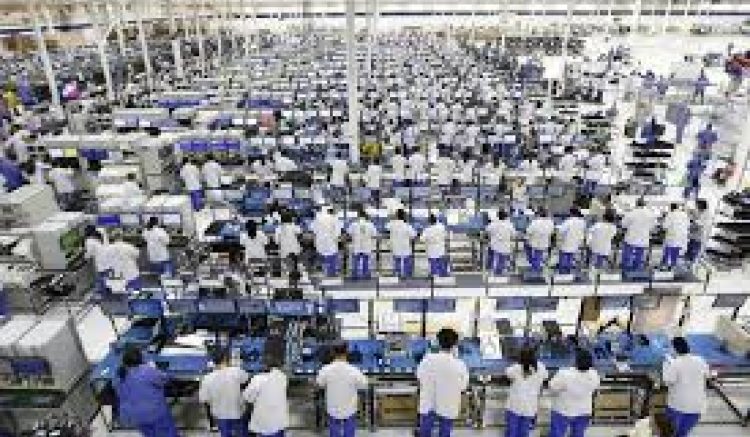 Technocracy promises Utopia but delivers dystopian despair instead. Several years ago, the head of assembly giant Foxconn retained the head zookeeper from the Beijing zoo to consult on employee management and reducing suicides; it hasn’t worked. ⁃ TN Editor

The study by the Hong Kong-based Economic Rights Institute, which supports fair economic development, and labour rights group Electronics Watch looked at 167 cases of attempted or completed suicide as well as public displays of suicidal intent in China since at least 2010.

The study found that factors contributing to such cases included supervisors ignoring employee stress, punishment for minor workplace offences, denial of bonuses promised by recruiters, and anxiety over job security in factories with high staff turnover.

Researchers arrived at the results after analysing suicide cases, conducting surveys at factories, and interviewing hundreds of workers.

ERI said it has met with members of the Responsible Business Alliance, an industry group that includes tech giant Apple, to discuss improving conditions.

The study took pains not to name and shame, referring to “Supplier F”, a prominent electronics supplier that experienced a “string of suicides” in 2010.

That year, at least 13 Chinese employees of Apple supplier Foxconn died in apparent suicides which activists blamed on tough working conditions and which prompted calls for better treatment of staff.

Workers in many Chinese factories toil for more than 80 hours a week for low salaries, going hours without breaks and are sometimes exposed to carcinogens, Electronics Watch said.

Floor supervisors are also often abusive to employees who have to race to meet ambitious targets, it said.

A report last month by labour rights group Students and Scholars Against Corporate Misbehaviour said an Apple supplier in the southwestern city of Chongqing had forced student employees to work “like robots”.

As the world’s largest contract electronics maker, Foxconn has several plants in China employing more than one million workers and has in the past admitted to labour violations.