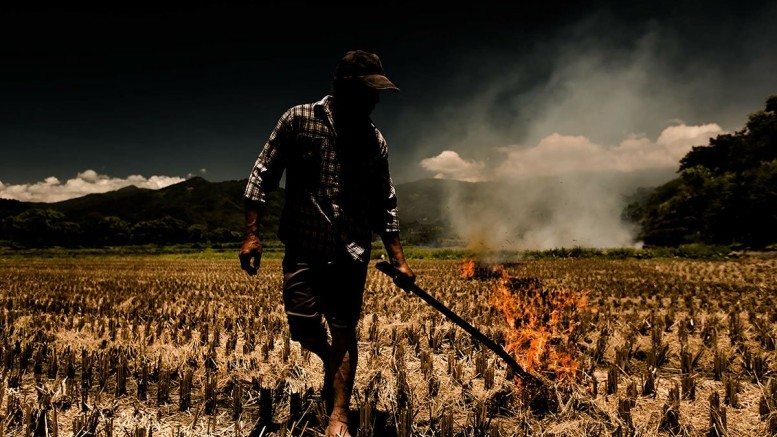 TN Note: Stretching credulity beyond recognition, climate scientists are now arguing over the role of “early man” – and in particular, farmers – in causing modern global warming. These people have completely gone off the rails.

The world’s first farmers and their slash-and-burn agriculture may have set off global warming.

A new analysis of ice-core climate data, archaeological evidence and ancient pollen samples is being used to suggest farming some 7,000 years ago helped put the brakes on a natural cooling process of the global climate, possibly contributing the warmer climate seen today.

But the study is expected to raise a few eyebrows, given there were far fewer people on Earth back then and industrialization — and the coal-fired power plants that come with it — was still a long ways off.

A study was the work of an international team led by William Ruddiman, a University of Virginia climate scientist, who first grabbed attention a dozen years ago with a controversial theory that humans altered the climate by burning massive areas of forests to clear the way for crops and livestock grazing. Dubbed the “early anthropogenic hypothesis,” Ruddiman and his colleagues found that that carbon dioxide levels rose beginning 7,000 years ago, and methane began rising 5,000 years ago.

It sparked heated debate back then and continues to be debated among some climate scientists.

In the latest paper, Ruddiman and his 11 co-authors from institutions in the United States and Europe conclude that that accumulating evidence in the past few years, particularly from ice-core records dating back 800,000 years ago, show that an expected cooling period was halted after the advent of large-scale agriculture. Otherwise, they say, the Earth would have entered the early stages of a natural ice age, or glaciation period.

“Early farming helped keep the planet warm,” Ruddiman said in a statement, regarding the study that appeared in a recent edition of the journal Reviews of Geophysics, published by the American Geophysical Union.