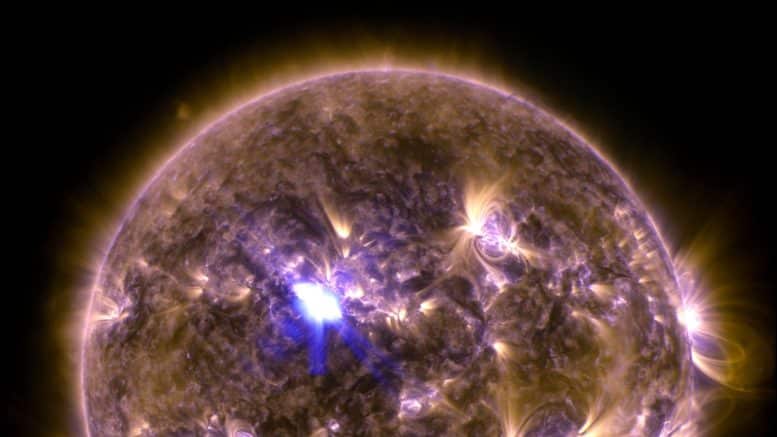 Please Share This Story!
PDF 📄
Global warming alarmists will not welcome winter’s potential deep freeze in 2018, but predictably, they will figure out a way to blame it on global warming anyway. No amount of evidence to the contrary will change their mind, which proves that they have turned their position into a religion. ⁃ TN Editor

Scientists are reporting that the sun has been free of sunspots for a total of 133 days this year.

With only 241 days of 2018 passing, that means the sun has been blank for the majority of the year.

Experts warn this is a sign that the solar minimum is on its way.

Website Space Weather says: “The sun is spotless again. For the 133rd day this year, the face of the sun is blank.

“To find a year with fewer sunspots, you have to go back to 2009 when the sun was experiencing the deepest solar minimum in a century.

The sun follows cycles of roughly 11 years where it reaches a solar maximum and then a solar minimum.

During a solar maximum, the sun gives off more heat and is littered with sunspots. Less heat in a solar minimum is due to a decrease in magnetic waves.

The sun was not expected to head into a solar minimum until around 2020, but it appears to be heading in early which could prove to be bad news.

The last time there was a prolonged solar minimum, it led to a ‘mini ice-age’, scientifically known as the Maunder minimum – which lasted for 70 years.

The Maunder minimum, which saw seven decades of freezing weather, began in 1645 and lasted through to 1715, and happened when sunspots were exceedingly rare.