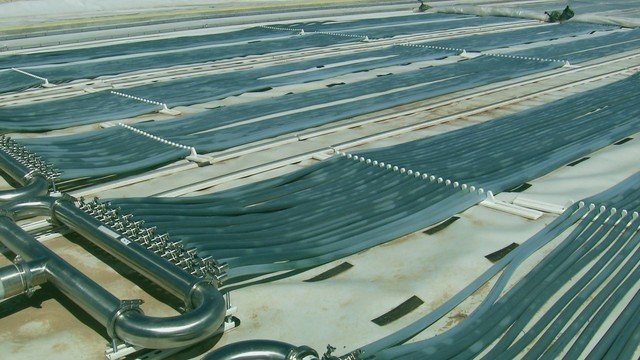 Please Share This Story!
PDF 📄
Podesta is Hillary Clinton’s campaign manager and a prominent member of the Trilateral Commission. He is 100 percent dedicated to the implementation of Technocracy, aka Sustainable Development or Green Economy. Collusion runs deep. ⁃ TN Editor

Hillary Clinton’s campaign chairman John Podesta sat on the board of a small energy company alongside Russian officials that received $35 million from a Putin-connected Russian government fund, a relationship Podesta failed to fully disclose on his federal financial disclosures as required by law.

As part of her duties during the so-called Russian reset, then-Sec. of State Hillary Clinton led the way on U.S. involvement in a Russian government technology initiative that was intended to be the Russian equivalent of America’s Silicon Valley known as Skolkovo. The “innovation city,” located outside Moscow, has some 30,000 workers in state-of-the-art facilities under strict government control. As Slate described it in 2013, “In some ways, Skolkovo is eerily reminiscent of Soviet utopian city-building projects.”

According to the GAI report, Clinton’s State Dept. recruited U.S. tech giants like Google, Cisco, Intel. Indeed, out of 28 U.S., European, and Russian companies that participated in Skolkovo, 17 of them were Clinton Foundation donors or paid for speeches by Bill Clinton.

However, as involvement in Skolkovo by Clinton cronies increased, so, too, did the danger for the technology coming out of the Russian tech mecca to be used for Russian military purposes.

In 2014, the FBI issued what it called “an extraordinary warning” to several technology companies involved with Skolkovo. “The [Skolkovo] foundation may be a means for the Russian government to access our nation’s sensitive or classified research development facilities and dual-use technologies with military and commercial application,” warned Lucia Ziobro, the assistant special agent at the FBI’s Boston office. She added: “The FBI believes the true motives of the Russian partners, who are often funded by the government, is to gain access to classified, sensitive, and emerging technology from the companies.”

Quite the “smoking gun” exposing the hand of the New World Order. For many years, Russian troops have trained on US bases. Last year it was reported Chinese troops were training with the US military in Washington state. The foundation and history for this form of treason, of course, was best laid by the meticulous research of the late great Antony Sutton and friend and colleague to our esteemed light bearer Patrick Wood. You have the sincere gratitude and prayers of many people, Mr. Wood, including myself. Thank you and God bless you, sir.

Thank you for your confidence and kind support!