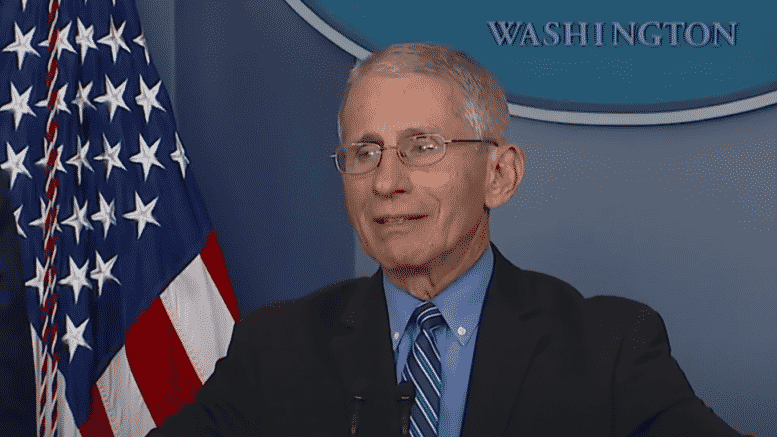 Technocrat medical experts are stunned that anyone would dare to question their cracked science and hold them accountable for it. Meanwhile, other medical experts who are shouting alarm are shunned, ridiculed and shamed. ⁃ TN Editor

The United States is being ravaged by a deadly pandemic that is growing exponentially, overwhelming health care systems and costing thousands of lives, to say nothing of an economic recession that threatens to plague the nation for years to come.

But the American public seems to be over the pandemic, eager to get kids back in schools, ready to hit the bar scene and hungry for Major League Baseball to play its abbreviated season.

The startling divergence between the brutal reality of the SARS-CoV-2 virus and the fantasy land of a forthcoming return to normalcy has public health experts depressed and anxious about what is to come. The worst is not behind us, they say, by any stretch of the imagination.

“It’s an absolute disconnect between our perceived reality and our actual reality,” said Craig Spencer, a New York City emergency room doctor who directs global health in emergency medicine at New York Presbyterian/Columbia University Medical Center. “To look at the COVID case count and the surge in cases and to think that we can have these discussions as we have uncontrolled spread, to think we can have some national strategy for reopening schools when we don’t even have one for reopening the country, it’s just crazy.”

The number of dead from the virus in the United States alone, almost 136,000, is roughly equal to the populations of Charleston, S.C., or Gainesville, Fla. If everyone in America who had been infected lived in the same city, that city would be the third-largest in the country, behind only New York and Los Angeles. More people in the United States have tested positive for the coronavirus than live in the state of Utah. By the weekend, there are likely to be more confirmed coronavirus cases than there are residents of Connecticut.

There are signs that the outbreak is getting worse, not better. The 10 days with the highest number of new coronavirus infections in the United States have come in the past 11 days.

Case counts, hospitalizations and even deaths are on the rise across the nation, not only in Southern states that were slow to embrace lockdowns in March and April.

California, the first state to completely lock down, has reported more than 54,000 new cases over both of the last two weeks. Nevada, about one-thirteenth the size of California, reported 5,200 new cases last week. States where early lockdowns helped limit the initial peak like Pennsylvania, Illinois and Ohio are all seeing case counts grow and hospital beds fill up.

We are nearing the point where pretty much most of the gains we had achieved have been lost,” said Christine Petersen, an epidemiologist at the University of Iowa. “All of us are hoping we magically get our acts together and we can look like Europe in two months. But all the data shows we are not doing that right now.”

This is a slanted story, designed to denigrate those of us who are fed up with the medical dieties and their Junk Science, but yet WE are the bad guys for questioning this? Get real Reid Wilson!

When you have people who sign up to get tested, have to wait in long lines, get frustrated, decide to leave and go home, only to have a Florida Department of Health employee contact them telling them they tested positive for COVID-19 … they didn’t even get the test … something is really “off” … instead, they’re using this to drive the panic so people will capitulate to taking the vaccine.

Did any of the Dr. Experts pass high school math?

Only checking back to 2013, According to CDC, actual overall U.S. deaths have been on a steady climb each year, [On average 30,000]. Two major spikes in 2015 and 2017 that were 2x plus that average- [maybe because both were labeled “bad flu” years]. So, If this so called pandemic is “ravaging” the U.S., I’ll expect to see that increase reflected somehow in the final overall deaths for 2020. According to this Tracking Project, [https://covidtracking.com/], the U.S. death rate today is 128,740, not the above stated 136,000. Sorry Folks, but I was born to question! I have my own version… Read more »

Fauci is a douchebag. Not a doctor, a politician … like most politicians, wants more power.

Why is this article here? The NWO “Experts” are all proven liars — deaths are way down and testing is a proven FRAUD — why is this here?