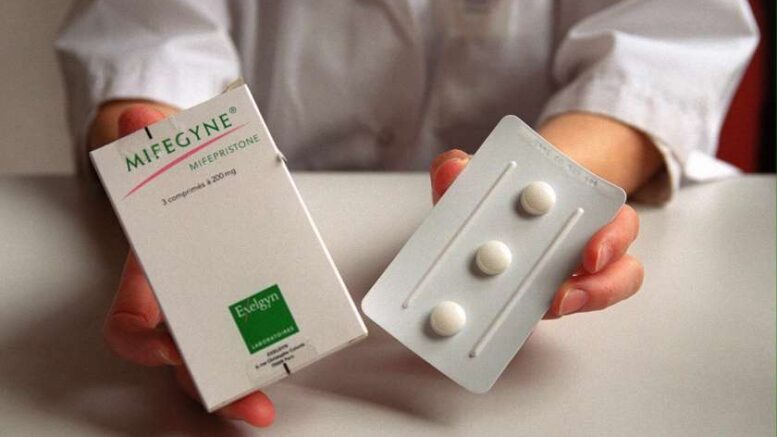 Please Share This Story!
PDF 📄
Thanks to COVID-19 and the Great Panic of 2020, telemedicine is rapidly becoming the standard that replaces in-person visits to your doctor. Technocrats have convinced one Federal judge to allow prescribing abortion drugs without seeing the “patient” in person. ⁃ TN Editor

Judge frees abortion pill from doctor visits (for now). A federal court ruled Monday that women seeking abortion pills during the COVID-19 pandemic should not have to visit a doctor in order to obtain them.

Under current rules set by the U.S. Food and Drug Administration (FDA), non-surgical abortion— i.e., the kind that’s induced by pharmaceuticals, not physicians—still requires patients to visit a hospital, doctor’s office, or medical clinic to be prescribed the abortion drugs, even though a patient will go through the process at home.

“A medical or medication abortion uses two drugs to terminate a pregnancy,” explains a new report, “Prescription Denied: Accessing the Abortion Pill,” from Newsy. The first of these pills, mifepristone, “blocks a hormone to induce the abortion. The second drug, misoprostol, completes it by expelling the pregnancy. But mifepristone, which for medication abortion goes by the brand name Mifeprex, is among the most restricted drugs in the U.S. which makes it challenging to get. … the Food and Drug Administration imposes tighter restrictions on Mifeprex than on opioids such as fentanyl.”

The American College of Obstetricians and Gynecologists (ACOG), the National Women’s Health Network (NWHN), and other groups have been pushing the FDA to revise its rules so that abortion patients can see doctors via telemedical appointments and then receive their pills in the mail.

“If the laws and regulations that determine the terms of abortion access in the United States were based on science—not politics—medication abortion would be widely available in the United States without medically unnecessary restrictions on distribution,” states an open letter signed by a range of physicians and health and advocacy groups.

On Monday, U.S. District Judge Theodore Chuang seemed to be in agreement with these advocates and doctors, writing in his decision that “in-person requirements” for abortion pills present a “substantial obstacle” to patients and are likely unconstitutional.

The judge issued a preliminary injunction blocking enforcement of the FDA’s rules on mifepristone for abortions until at least 30 days after the U.S. Department of Health and Human Services declares an end to our current public health emergency.

“We look forward to a day when federal reproductive health care policy is grounded in science, not animus, and this medically baseless requirement is lifted once and for all,” said Julia Kaye, a staff attorney with the American Civil Liberties Union’s (ACLU) Reproductive Freedom Project, in a statement.

This is so very evil. ‘A woman’s right to choose’ to murder (as she has been brain washed to believe). Yes, to murder. We live in a age where every thing is about sex. When you have sex you can get pregnant. The first sin caused the second sin. Oh, yes I heard it all, nobody believes the Bible anymore, that old book written by just men 1,000’s of years ago, they say. Yes, now we believe in Darwin’s theory of Evolution. Man came from animals, or the big bang! (how ridiculous!) So now we have everyone behaving like animals.… Read more »

I believe I should be able to do what I want with my own body, whether it is to not wear a mask, clear my body of a 5 week fetus, or not get a vaccine. my body my choice applies to all aspects of my body and not yours and not any government.