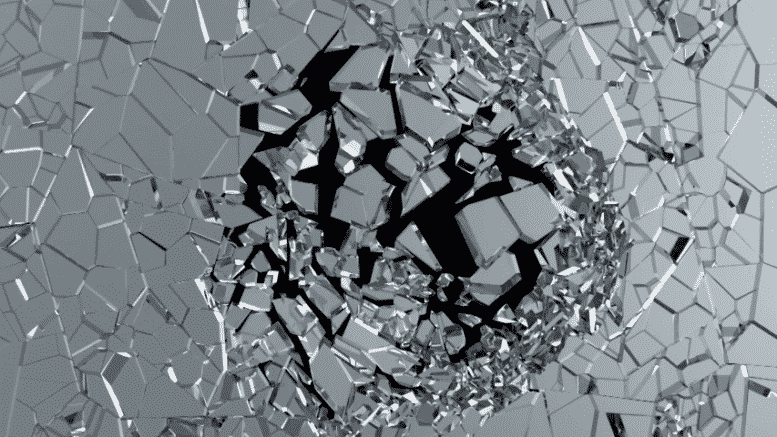 Please Share This Story!
PDF 📄
The World Economic Forum’s ‘Great Reset’ is a new social contract for the entire planet and is based on Sustainable Development, aka Technocracy. Financing the global transformation is now solved by pouring the last of capitalism’s remaining value into the new system. Then, they think, capitalism will finally be dead.

To answer the question in the first paragraph, Technocracy intentionally chooses decentralization because it degrades political power and makes it easy for the ‘algorithm’ to take control of social engineering. Technocrats have always hated politicians, dating back to the 1930s.⁃ TN Editor

The global economic transformation now faces the main question: What to choose — centralization or decentralization?

A global pandemic, massive and worldwide protests, job automation, environmental issues and geopolitical tensions are just a few of the challenges facing humanity today. Amid the chaos, keystone global institutions and bureaucrats have openly discussed the present day as an opportunity to remake the world. “The Great Reset,” as the plan has been called, represents a radical initiative by world leaders — many of whom are unelected — to transform the global economy.

The World Economic Forum, for instance, claims there is an “urgent need” for “global stakeholders” to manage the direct consequences of what the International Monetary Fund has called “the Great Lockdown,” referring to the quarantines and social distancing practices implemented to contain the pandemic. At a WEF meeting in early June, the world’s most powerful business leaders, government officials and activists first announced the proposal to reset the global economy in the aftermath of the COVID-19 lockdown.

The WEF sees a “unique window of opportunity to shape the recovery.” The Great Reset will inform the “future state of global relations, the direction of national economies, the priorities of societies, the nature of business models and the management of the global commons.” In short, the Great Reset represents a new social contract for the world. The WEF also stated:

“The inconsistencies, inadequacies and contradictions of multiple systems — from health and financial to energy and education — are more exposed than ever.”

Writing for The Hill, Justin Haskins calls the Great Reset “the most ambitious and radical plan the world has seen in more than a generation.” Even the British monarchy has weighed in. “We have a golden opportunity to seize something good from this crisis — its unprecedented shockwaves may well make people more receptive to big visions of change,” said Prince Charles at the meeting, adding:

“It is an opportunity we have never had before and may never have again.”

Many details of the Great Reset won’t be rolled out until the WEF meets at Davos, Switzerland, in January 2021. It is clear, however, that world leaders have big plans of a new world order and, contrary to the founding principles of Bitcoin (BTC) and crypto, centralization appears to be a big part of it.

“Every country, from the United States to China, must participate, and every industry, from oil and gas to tech, must be transformed,” wrote Klaus Schwab, the founder and executive chairman of the World Economic Forum, in an article published on the WEF’s website. He added:

“In short, we need a ‘Great Reset’ of capitalism.”

Schwab said that “all aspects of our societies and economies, from education to social contracts and working conditions” must be “revamped.”

The cryptocurrency industry has been planning its own “Great Reset” as well — one based on decentralization. While global governments want to put the world on a distributed ledger in order to digitize finance so governments can have more control, there are very smart people on this planet who have their own plans. We in the crypto industry, for example, want to put everything on a blockchain. Instead of social credit systems and centralized fiat currencies, we want each individual to be in control of their own money, to be less dependent on banks, and to be in control of defining what money and real value is.

The Great Reset will be a revolutionary upheaval. It will create many hardships but also opportunities for companies, which recreate financial products in a decentralized fashion on blockchain, and for individuals, who no longer must rely on the traditional financial system.

As we find ourselves in a digital and technological revolution, hastened by the Great Lockdown, we as an industry cannot underestimate the implications of a crisis that has only just begun. We must now change our mindsets in order to properly bear witness to the Great Reset and turn it into “The Great Awakening.” That’s how we come out stronger on the other side.

We’ll need to reconsider everything, including money. We must ask ourselves questions such as: What is this abstraction we call money? As an industry, for instance, we’ll need to place less emphasis on price. We’ll need to stop celebrating the development of central bank digital currencies as victories for cryptocurrency. The fact is CBDCs are not cryptocurrencies. They’re more like credit cards than cryptocurrency.

Satoshi Nakamoto saw an economic dislocation like the Great Reset coming. He etched the now famous line into the Bitcoin network’s genesis block: “The Times 03/Jan/2009 Chancellor on brink of second bailout for banks.” The 2008 financial crisis and the consequent bailouts of “too-big-to-fail” banks had inspired him to release open-source and peer-to-peer money.

“The root problem with conventional currency is all the trust that’s required to make it work,” wrote Satoshi, adding:

“The central bank must be trusted not to debase the currency, but the history of fiat currencies is full of breaches of that trust. Banks must be trusted to hold our money and transfer it electronically, but they lend it out in waves of credit bubbles with barely a fraction in reserve. We have to trust them with our privacy, trust them not to let identity thieves drain our accounts.”

While world leaders openly announce the Great Reset, imploring the world to trust their vision, they paint a picture of a future, more centralized world. Contrarily, Satoshi stressed the importance of decentralization. “A lot of people automatically dismiss e-currency as a lost cause because of all the companies that failed since the 1990’s,” he wrote, adding:

“I hope it’s obvious it was only the centrally controlled nature of those systems that doomed them. I think this is the first time we’re trying a decentralized, non-trust-based system.”

“[…]You will not find a solution to political problems in cryptography. Yes, but we can win a major battle in the arms race and gain a new territory of freedom for several years,” he wrote. “Governments are good at cutting off the heads of centrally controlled networks like Napster, but pure P2P networks like Gnutella and Tor seem to be holding their own.”

For how many years we can hold this “new territory of freedom” depends entirely on how well the cryptocurrency industry adapts to the Great Reset. People have only just begun to lose their livelihoods — that is, their businesses, their jobs, and so on — as a result of “the worst economic downturn since the Great Depression.”

To Patrick…..do you think they will succeed? Will we all have our homes taken, will they outlaw healthy organic food, will they imprison us that want freedom?

Not yet and not all at once. Food won’t be ‘outlawed’ but “healthy organic food” is increasingly suspect as Big Ag consolidates organic producers. Prison costs too much money, so it’s easier to just put you under house arrest. Oh wait, that’s what they are already doing with lockdowns and quarantines. 🙂

Ill keep my BTC thank you. I am not interested in their NWO. The world is made great by individuals not government control. The approach to the epidemic has shown us how inept they are at handling critical situations. What they never tell us is just why they want control of every aspect of our lives. Power and control is the only motivation I see in it and that is found in every form of government. Yeah, that has gotten us far hasn’t it? No thanks!

btc will be controlled , its blockchain and it is AI~ the BEAST system, and way smarter trickier and wiley than anyone has yet seen…bc its of the pit of hells angels in league with the psychopath hybrids and bloodlines of this fallen world. And thats where the tech came from and thats whose running the show , until The STONE crushes all of it~ Daniel 2 ends the madness!

These people are really dumb. Be that as it may Prince Charles is working with the Pope also on this: https://www.lifesitenews.com/blogs/vaticans-covid-19-commission-echoes-globalist-environmental-concerns-sidelines-sacraments The One World Government is picking up steam which means that time is very short. The Pope is head of One World Religion which includes all so called faiths except Biblical Christianity. This video is something that should be seen here also on the so called, “The Great Awakening”: The one thing I am in disagreement with is at the end of the video he says it’s about the Niphilim. No, it is about the revived Roman Empire and… Read more »