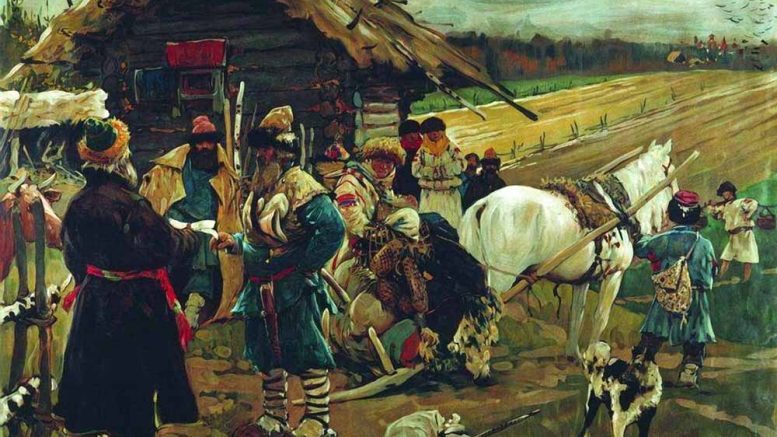 Please Share This Story!
PDF 📄
Charles Hugh Smith describes the Big Tech monopolies perfectly, except for relating it to the larger view of global Technocracy. Big Tech has indeed brainwashed society into thinking that it is OK to let them run amok and that they are now “to big to fail”. If left alone, an inescapable Scientific Dictatorship is straight ahead. ⁃ TN Editor

All those who believe the ‘privatized totalitarianism’ of Big Tech ‘platform plantations’ are ‘capitalism’ have been brainwashed into servitude by Big Tech’s pretense of capitalism.

Call it whatever you want, but it certainly isn’t Capitalism, which requires competition and market transparency to price capital, labor, risk, credit, goods, services, etc.

Black Box Monopoly is the death of Capitalism as it eliminates competition and market transparency.

The American economy is now dominated by Big Tech Black Box Monopolies, and thus what we have isn’t a “free market” system (a.k.a. capitalism), it’s the pretense of capitalism, a slick PR cover for the most rapacious form of exploitation.
The SillyCon Valley model is simple: achieve monopoly power by scaling the network effect and buying up hundreds of potential competitors with stock “printed” out of thin air. Once monopoly is achieved, buyers and sellers are both captive to the Big Tech monopoly: both buyers and sellers of apps, for example, must submit to the profiteering and control of the Big Tech monopoly.

Once the profits flowing from monopoly pile up, buy back the shares you “printed” to eliminate competition, boosting the wealth of insiders to the moon. Since share buybacks were once illegal, this is nothing but legalized fraud.
Despite the immense destruction these Big Tech monopolies wreak on society, the political power they purchase protects them from any limits. That their platforms now control the flow of data, including political content and adverts, is brushed aside with the usual paradoxical claims of “free markets.”

Ironic, isn’t it? Big Tech Black Box Monopolies claim they shouldn’t be exposed to any regulation because they’ve destroyed competition and transparency within the letter of the law. Monopoly platforms that control the flow of data, news and narratives are privatized totalitarianism, cloaked by the pretense of capitalism.

Like all totalitarian monopolies, Big Tech now claims “you can’t limit us because now you depend on us.” In other words, Big Tech is now too centralized and powerful to submit to any socio-political controls.

It’s a neat trick, isn’t it? Enrich the super-wealthy “investor class” with your buyback-juiced stock valuations, “buying” their loyalty and political pull with these outsized gains to keep your monopoly out of reach of any public scrutiny or limits on your profiteering and privatized totalitarianism.

That our society and economy are now in thrall to privatized totalitarian Big Tech monopolies is straight out of a Philip K. Dick story in which what’s perceived as real has been manipulated by those who own the means of manipulation.

We’re not just debt-serfs in central-bank feudalism, we’re all serfs on Big Tech’s platform plantations. If you don’t love your servitude with sufficient enthusiasm, Big Tech has a special place for you: the Village of the Deplatformed, a village of ghosts who have disappeared from the platform plantations and who no longer show up in search, social media, app stores, etc.

Just as the Soviets snipped those sent to the gulag out of photos, the privatized totalitarian Big Tech monopolies cut out your selfhood and your income: Deplatformed doesn’t just mean you disappear from view, it also means you’ve been demonetized– your ability to earn money from your own content has been eliminated.

All those who believe the privatized totalitarianism of Big Tech platform plantations are “capitalism” have been brainwashed into servitude by Big Tech’s pretense of capitalism. Just because totalitarianism and fraud are now “legal” doesn’t mean they’re not evil.