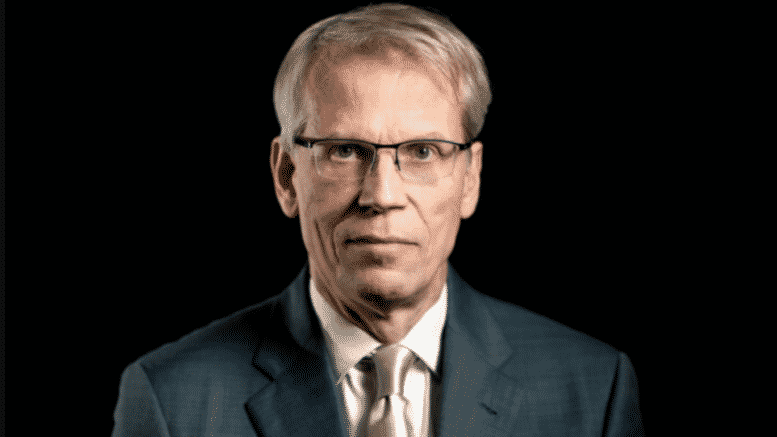 Posted By: Charlotte Cuthbertson via The Epoch Times February 18, 2022

Please Share This Story!
PDF 📄
The medical Technocrat crowd cannot refute him, so they make up lies about him and attack him on the lies with massive propaganda. This has happened thousands of times to credible medical experts who have guided safety with real science and reason. Technocrats have destroyed this to promote the Transhuman agenda to transform humanity. ⁃ TN Editor

Dr. Martin Kulldorff is one of the most qualified public health pandemic experts in the United States. To the narrative-shapers, he’s a pariah.

As a prominent epidemiologist and statistician, Kulldorff has worked on detecting and monitoring infectious disease outbreaks for two decades. His methods are widely used around the world and by almost every state health department in the United States, as well as by hundreds of people at the Centers for Disease Control and Prevention (CDC).

His résumé on the Food and Drug Administration (FDA) website is 45 pages long and includes a list of 201 peer-reviewed published journal papers. His work has been cited more than 27,000 times.

Since 2003, Kulldorff worked at Harvard Medical School, first as an associate professor of population medicine and later as a professor of medicine.

Kulldorff prefers to keep the reasons private, but it’s hard to ignore that he placed himself in the crosshairs of the pandemic narrative early on in the “15 days to slow the spread” lockdown and has since paid the price.

It’s quite something for a public health scientist at the top of his game to admit that “both science and public health are broken.”

“For some reason, a public official narrative was established, and you weren’t allowed to question it—which, of course, is very detrimental, both to the pandemic and how to deal with the pandemic, because you have to have a vibrant discussion to figure out how best to deal with these things,” he told The Epoch Times.

The Swedish native said he tried to point out in March 2020 that there was a very steep age gradient on mortality for COVID-19, the disease caused by the SARS-CoV-2 virus.

Kulldorff said he attempted to publish a paper both in U.S. medical journals and mainstream newspapers stating that while anyone could contract the virus, the focus should be on protecting the elderly and those at high risk. His paper was knocked back from all directions.

“I was able to publish in Sweden, in the major daily newspapers there during the spring of 2020, so that was not a problem,” he said. “But the United States was not allowed to have a debate, which is very troubling.”

His early efforts culminated in the Great Barrington Declaration, published with Dr. Sunetra Gupta and Dr. Jay Bhattacharya in October 2020. The declaration called for a more nuanced approach to the one-size-fits-all restrictions that had been imposed on much of Western society.

“The most compassionate approach that balances the risks and benefits of reaching herd immunity, is to allow those who are at minimal risk of death to live their lives normally to build up immunity to the virus through natural infection, while better protecting those who are at highest risk,” the declaration states.

Unfortunately, you have to be a member of Epoch Times to read the rest of the article.

Dr. Francis Collins, who is he? https://helpforcatholics.org/who-is-dr-francis-collins-and-should-you-be-concerned/ Read here too: https://www.ncronline.org/news/pope-names-nih-director-vatican-think-tank The Woman Rides the Beast!