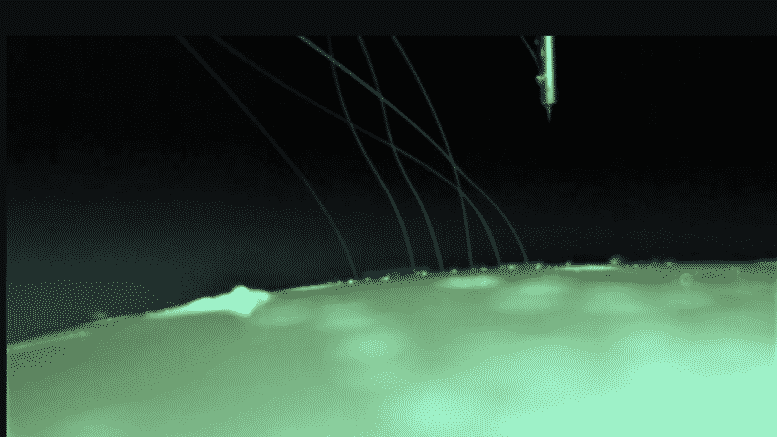 Elon Musk is a consummate Technocrat and Transhumanist who seeks the merging of technology and the human body with the ultimate purpose of achieving immortality. His Neuralink project experiments with Brain Machine Interfaces (BMI) literally puts silicon in your skull and connects it to the outside world. ⁃ TN Editor

Your brain, with a USB-C port in it. That’s Elon Musk’s vision for Brain Machine Interfaces (BMI). In a controversial July 2019 white paper he claimed that his company Neuralink had taken a huge step towards building a “scalable high-bandwidth BMI system” that would let the human brain “stream full broadband electrophysiology data” to a network, using a combination of ultra-fine polymer probes, a neurosurgical robot that sews them into the brain, and custom high-density electronics.

A “single USB-C cable provides full-bandwidth data streaming from the device” the paper noted: the device having been stitched, in theory, to your cerebral cortex. Neuroscientists were varying shades of intrigued, appalled and dismissive: the custom hardware would only pick up noise, they suggested: interpretation of brain waves simply wasn’t that advanced; the ethical issues were pronounced; the body would reject this level of intervention; where was the peer review of the paper?

A year later, Musk has promised a Neuralink update.

This was cryptically announced by Musk in July 2020, with the Tweets: “If you can’t beat em, join em Neuralink mission statement” and “Progress update August 28”. Ten days ahead of the reveal, we decided to take stock of Neuralink’s work’s and the ongoing discussion around the potential of BMI; speaking to a range of specialists in the sector about where the work was going and how realistic Musk’s vision was.

Neuralink began as a way to advance the technology of BMI: described by one organisation, the Mayo Clinic, as a technology that “acquires brain signals, analyses them and translates them into commands that are relayed to output devices that carry out desired actions”. (Many observers suspect that the pending update will have to do with the “analyse them” part of that statement, and Musk’s “if you can’t beat ’em” statement refer to his well-documented concerns about the power of AI.)

These “desired actions” could be how to move a wheelchair without the use of your arms or how to control bionic limbs: “It is plausible to imagine that a patient with spinal cord injury could dexterously control a digital mouse and keyboard” wrote Musk in the 2019 paper. “When combined with rapidly improving spinal stimulation techniques, in the future this approach could conceivably restore motor function. High-bandwidth neural interfaces should enable a variety of novel therapeutic possibilities”.

While this might be the starting point for Neuralink, the ambitions of those working closely on BMI include, for some, the hope that technology could eventually to be used to connect the human race via a bona fide “neural network”; allowing people to communicate using thoughts and images rather than words, and even give over their motor function to others, with their consent*. The ideas behind this have their roots in a dizzying transhumanism. Meanwhile, very physical issues have remained a hurdle…

Silicon in the Skull

The most commonly used invasive BMI chip, the Utah Array, comprises an electrode with tiny, incredibly sharp silicone needles, that are pushed into the brain, after some skull has been cut away. There are less invasive ways of collecting data on brain activity but in general terms, the more invasive the technology, the more data from the brain scientists can catch. Neuralink’s tech is similar, but designed to gather even more data on how the brain works. The electrodes are long threads rather that short needles, allowing it to follow contours, and sewn into the brain rather than placed on top.

(Musk’s robot can accurately sew six  sensor threads, or electrodes,  per minute into the human brain, via small holes in the skull: “The robot registers insertion sites to a common coordinate frame with landmarks on the skull, which, when combined with depth tracking, enables precise targeting of anatomically defined brain structures. An integrated custom software suite allows pre-selection of all insertion sites, enabling planning of insertion paths optimised to minimise tangling and strain on the threads.”)

These sorts of advancements in BMI have been largely avoided by neuroscientists at any significant scale due to their invasiveness; although testing on rats and chimpanzees is happening. The consequences of getting things wrong are significant. As Dr Henry Marsh, a leading English neurosurgeon, warned in one interview after the initial paper was published: “The brain does not heal in the way bone and muscle and skin heals. Every time you cut the brain you damage it, and it won’t recover…”

However, there are varying degrees of damage depending on the materials used. Co-founder and CSO of full stack neural interface platform BIOS, Oliver Armitage, explained the differences to Computer Business Review as follows: “With the existing material, when you’re using stiff materials like silicone, silicone substrates and metals, the finer and pointier and deeper into the tissue you go, the more damage you create. With some of the newer technologies based on soft polymer electrodes, that trade-off [between invasiveness and accuracy of data] doesn’t really hold anymore”.

Transhuman Mega-Fraud Elon Musk: Your Brain Will Get Its Own USB-C Port – David Icke

[…] Read more: Transhuman Mega-Fraud Elon Musk: Your Brain Will Get Its Own USB-C Port […]

I hope his brain will get its own bottling jar very soon.

I note with some concern that wi-fi has now been banned in israeli schools. This was after they accepted evidence that wi-fi causes cancer in developing children.
That does NOT bode well with the concept of attaching human bodies to the internet.

Elon Musk and all the demonic weedy beta technocrats can shove his neuralink up their backside. This is not human, humanity nor our future.

I agree Amanda. Elon Musk can go to hell. That scumbag looks like he has microchips & the like in his brain already.He looks permanently wired.The sooner that bastard self destructs the better & Good Riddance.

I wonder if we will one day discover that MORGELLONS DISEASE is somehow connected to the bizzare ‘geo-engineering’ experiments and projects that are already in train?
My guess is yes – if only from the horrified reaction and denials by state and doctors to the sudden emergence of this peculiar disease. In particular the hurried medical explanation that sufferers were either imagining the whole thing – or self-harming!

[…] Read more: Transhuman Mega-Fraud Elon Musk: Your Brain Will Get Its Own USB-C Port […]

Transhuman Elon Musk: Your Brain Will Get Its Own USB-C Port -

Elon Musk Want to Implant You with a USB-Port – Salafinsight

[…] being rolled out in public (a claim that will be substantiated in due time in sha Allah), is at it again with his neuralink:“Your brain, with a USB-C port in it. That’s Elon Musk’s vision for […]