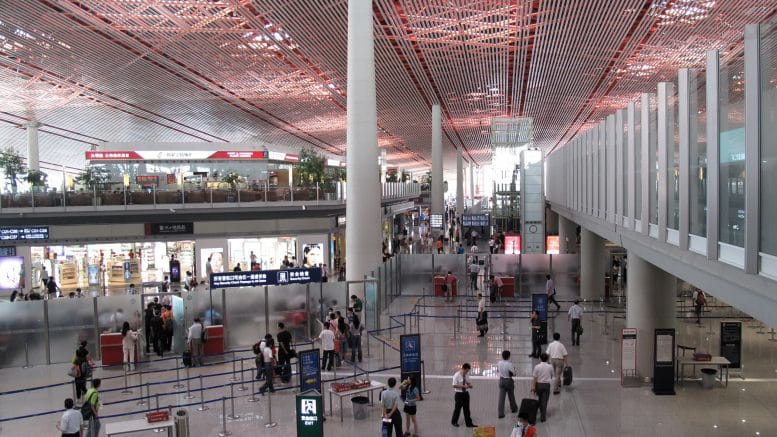 Dictator-for-life Xi Jinping resides over the world’s largest Technocracy that is praised and emulated by the global elite who champion Technocracy. Americans should have the greatest alarm that this policy of “once untrustworthy, always restricted” is exactly the same mentality that is being implemented in our own country. Read this short article very carefully! ⁃ TN Editor

President Xi Jinping’s plan based on principle ‘once untrustworthy, always restricted’ to come into effect on 1 May.

China said it will begin applying its so-called social credit system to flights and trains and stop people who have committed misdeeds from taking such transport for up to a year.

People who would be put on the restricted lists included those found to have committed acts like spreading false information about terrorism and causing trouble on flights, as well as those who used expired tickets or smoked on trains, according to two statements issued on the National Development and Reform Commission’s website on Friday.

Those found to have committed financial wrongdoings, such as employers who failed to pay social insurance or people who have failed to pay fines, would also face these restrictions, said the statements which were dated 2 March.

It added that the rules would come into effect on 1 May .

The move is in line with President’s Xi Jinping’s plan to construct a social credit system based on the principle of “once untrustworthy, always restricted,” said one of the notices which was signed by eight ministries, including the country’s aviation regulator and the Supreme People’s Court.

China has flagged plans to roll out a system that will allow government bodies to share information on its citizens’ trustworthiness and issue penalties based on a so-called social credit score.

And the US government confiscates passports from those it deems undesirable. All they need do is claim unpaid taxes. You’re expected to pay to play. Or bring an indictment. Each system has its means.