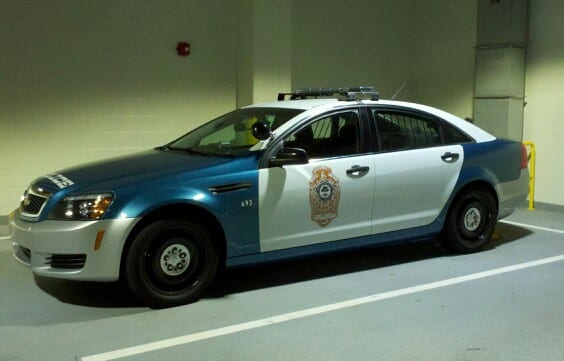 Technocrat police in Raleigh know that Google has location data on virtually everyone in society, so they are demanding the release of data on every person in geographic proximity of certain crime scenes. This dragnet-style policing is patently unconstitutional and probably illegal if viewed by a Constitutional court. Unfortunately, Technocrats don’t care about the Constitution or the Rule of Law. ⁃ TN Editor

In the many months since Adrian Pugh was shot and killed at his home on Saint Albans Drive, Raleigh police had managed to piece together a few important details of his final moments.

In the early morning hours of June 1, 2015, witnesses heard Pugh in an argument. They heard multiple gunshots. And they saw a figure illuminate the ground with a cell phone flashlight before fleeing the scene as the sun rose over north Raleigh.

A year and a half later across town, a taxi driver named Nwabu Efobi was gunned down in front of the Universal Cab Company. Security camera video caught Efobi in some kind of confrontation with the shooter before the unknown man opened fire. The day before, cameras caught the same guy several times walking around the building with what appeared to be a cell phone at his ear.

Raleigh police say the cases are unrelated. But in March 2017, months after investigations began into both shootings, separate detectives on each case, one day apart, employed an innovative strategy in criminal investigations.

On a satellite image, they drew shapes around the crime scenes, marking the coordinates on the map. Then they convinced a Wake County judge they had enough probable cause to order Google to hand over account identifiers on every single cell phone that crossed the digital cordon during certain times.

In at least four investigations last year – cases of murder, sexual battery and even possible arson at the massive downtown fire in March 2017 – Raleigh police used search warrants to demand Google accounts not of specific suspects, but from any mobile devices that veered too close to the scene of a crime, according to a WRAL News review of court records. These warrants often prevent the technology giant for months from disclosing information about the searches not just to potential suspects, but to any users swept up in the search.

City and county officials say the practice is a natural evolution of criminal investigative techniques. They point out that, by seeking search warrants, they’re carefully balancing civil rights with public safety.

Defense attorneys and privacy advocates, both locally and nationally, aren’t so sure.

They’re mixed on how law enforcement turns to Google’s massive cache of user data, especially without a clear target in mind. And they’re concerned about the potential to snag innocent users, many of whom might not know just how closely the company tracks their every move.

“We are willingly sharing an awful lot of our lives with Google,” said Jonathan Jones, a former Durham prosecutor who directs the North Carolina Open Government Coalition at Elon University. “But do people understand that in sharing that information with Google, they’re also potentially sharing it with law enforcement?”

That should come as no surprise to users of apps like Google Maps, Yelp and other software that becomes more helpful with the addition of accurate location data.

This data is immensely valuable to Google, one of the reasons the company collects and stores the information on users of both its Android operating system and, in some cases, mobile apps such as Gmail.

“From an average smartphone user’s perspective, it’s a little surprising once you start to learn the full scope of information about our locations and whereabouts and activities that companies like Google hold,” said Nathan Freed Wessler, staff attorney with the American Civil Liberties Union’s Speech, Privacy and Technology Project.