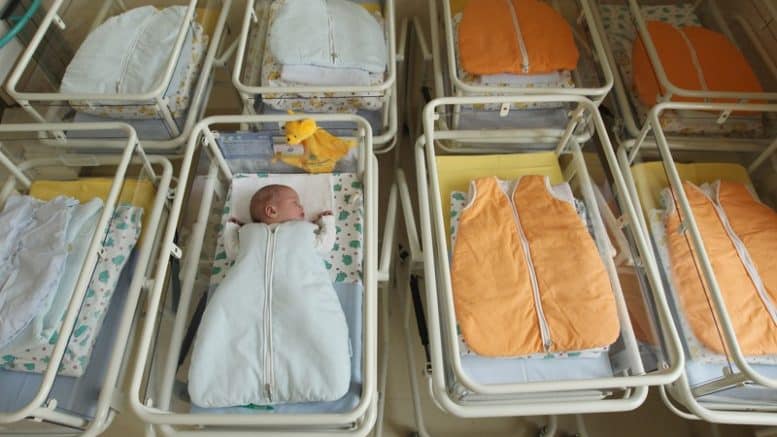 Malthus was short-sighted and Paul Ehrlich was a fool to apply his science of entomology (the study of insects) to human population. However, both had a mind stained by Scientism, which holds that discoverable truth is only found through science. Today’s fact is that the birth rate is falling like a rock. ⁃ TN Editor

Some of the most spectacularly wrong predictions in history have been made by those who claim that overpopulation is going to swamp the planet. Thomas Malthus, a British economist writing in the late 1700s, is the most famous of these. Extrapolating past trends into the future, he predicted that population growth would inevitably swamp available food resources, leading to mass starvation. That didn’t happen — we continued to develop new technologies that let us stay ahead of the reaper.

In 1968, Stanford biologist Paul Ehrlich wrote “The Population Bomb,” warning that unchecked population growth would lead to mass starvation in the 1970s. He was just as wrong as Malthus. Global population did surge, but food production managed to keep up.

So far, the prophets of overpopulation have been defeated by technology. But human ingenuity alone can never deliver a final victory in the battle to feed the world — eventually, population growth will overwhelm the Earth’s ability to provide calories. That’s why in order to put Malthus and Ehrlich finally to rest, a second component is needed — lower fertility rates. To save both the environment and themselves, humans must have fewer kids.

Fortunately, this is happening. During the lifetimes of Malthus and Ehrlich, humans still tended to have large families, with each woman bearing an average of five children over her lifetime. But shortly after Ehrlich’s book, that began to change: 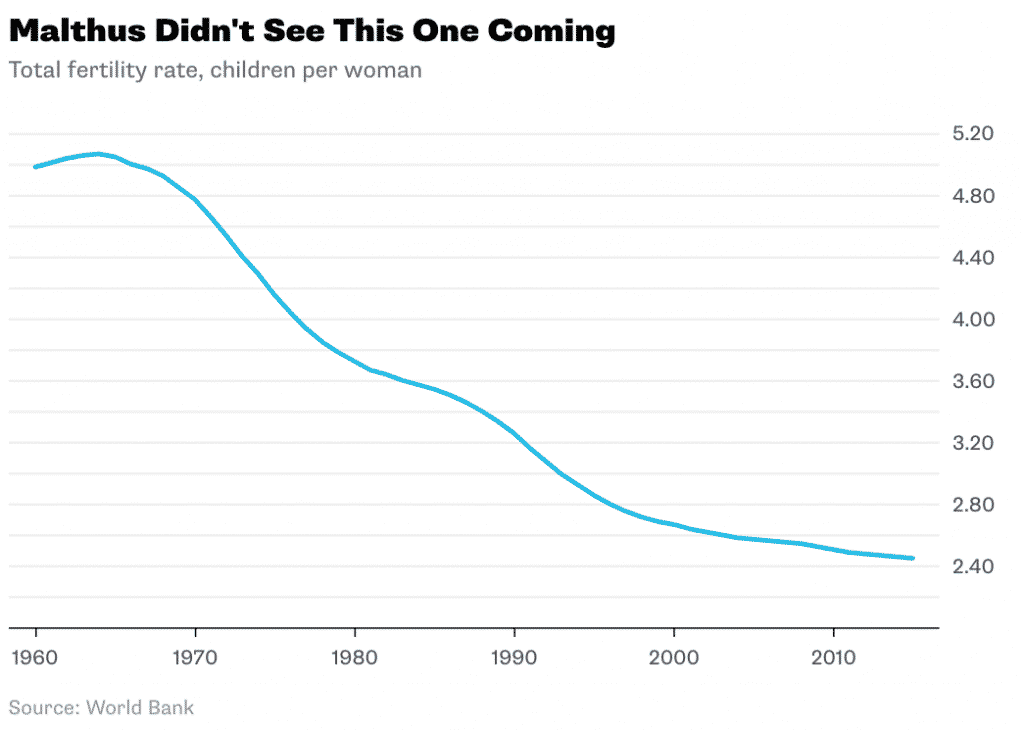 The total fertility rate is just an estimate, based on the number of children women have been having. When the rate is lower than about 2.1, it means total population will eventually stabilize and decline.

The world is now approaching that magic level, thanks to a phenomenon known as the fertility transition. In most countries, total fertility falls from a high level of about six or seven children to two or below, and stays there. Once smaller families become the norm in a country or region, they very rarely go back up. There are a number of theories for why this happens. The shift from agriculture to urban life means less incentive for families to have kids to work on farms. Urban life also increases the cost of raising a kid. Higher education levels for women, freeing them from traditional gender norms, are probably a big factor as well. Importantly, none of these factors are temporary.