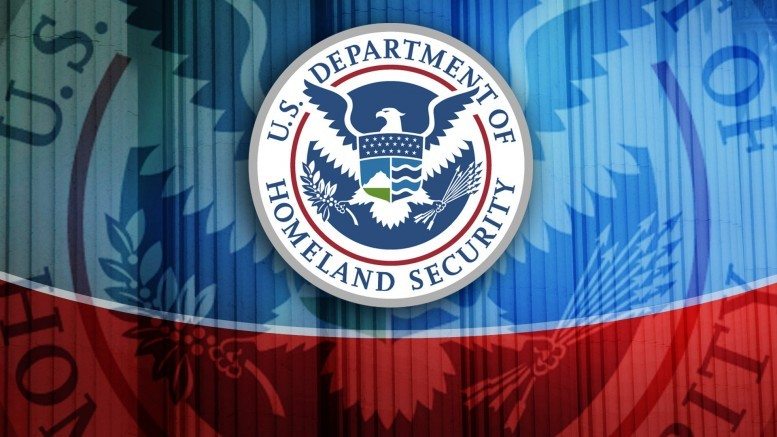 Please Share This Story!
PDF 📄
This outrageous “National Terrorism Advisory System Bulletin” issued by the Department of Homeland Security pits government narrative against all others. In other words, if you write or speak against the government’s narrative, you are “undermin(ing) public trust in government institutions to encourage unrest.” This, in turn, could “inspire acts of violence”.

Now the stage is set to completely criminalize free speech that does not bow to the government propaganda machine. It is dangerous beyond belief because it provides teeth to anyone who wants to bring an accusation against those who are telling the truth. Further, this bulletin itself smacks of propaganda by using phrases like “which could potentially inspire acts of violence”  and “Grievances associated with these themes inspired violent extremist attacks during 2021” without offering a shred of proof.

Here is the complete text of the bulletin. Highlights are added by this editor. ⁃ TN Editor

Summary of Terrorism Threat to the U.S. Homeland

The United States remains in a heightened threat environment fueled by several factors, including an online environment filled with false or misleading narratives and conspiracy theories, and other forms of mis- dis- and mal-information (MDM) introduced and/or amplified by foreign and domestic threat actors. These threat actors seek to exacerbate societal friction to sow discord and undermine public trust in government institutions to encourage unrest, which could potentially inspire acts of violence. Mass casualty attacks and other acts of targeted violence conducted by lone offenders and small groups acting in furtherance of ideological beliefs and/or personal grievances pose an ongoing threat to the nation. While the conditions underlying the heightened threat landscape have not significantly changed over the last year, the convergence of the following factors has increased the volatility, unpredictability, and complexity of the threat environment: (1) the proliferation of false or misleading narratives, which sow discord or undermine public trust in U.S. government institutions; (2) continued calls for violence directed at U.S. critical infrastructure; soft targets and mass gatherings; faith-based institutions, such as churches, synagogues, and mosques; institutions of higher education; racial and religious minorities; government facilities and personnel, including law enforcement and the military; the media; and perceived ideological opponents; and (3) calls by foreign terrorist organizations for attacks on the United States based on recent events.

The primary terrorism-related threat to the United States continues to stem from lone offenders or small cells of individuals who are motivated by a range of foreign and/or domestic grievances often cultivated through the consumption of certain online content. The convergence of violent extremist ideologies, false or misleading narratives, and conspiracy theories have and will continue to contribute to a heightened threat of violence in the United States.

Key factors contributing to the current heightened threat environment include:

How We Are Responding

How You Can Help

JAN 6 was a false flag with real time communication happening and ASHLI BABBETT tried to stop it {see millenial millie} so…. draw your own conclusions…

Amazon is starting some sort of digital health care ex dispatching nurse practitioners to your home.

Be afraid. Be VERY afraid!

The “National Terrorism Advisory System Bulletin” issued by the Department of Homeland Security pits government narrative against all others. In other words, if you write or speak against the government’s narrative, you are “undermin(ing) public trust in government institutions to encourage unrest.” FALSE Narrative! In fact this is totally and completly UNCONSTITUTIONAL and thereby ILLEGAL. Here, let me explain it is words even Biden should be able to understand. First the text of our First Amendment of our Constitution, which is at the head of what is known as The Bill of Rights. Note: A right is something that no… Read more »

All the “false or misleading narratives” I have encountered are being spread by the regime in Washington and its sympathizers in State and local government, not by private citizens.

“…proliferation of false or misleading narratives, which sow discord or undermine public trust in U.S. government institutions; DHS is working with public and private sector partners, as well as foreign counterparts, to identify and evaluate MDM, including false or misleading narratives and conspiracy theories spread on social media and other online platforms that endorse or could inspire violence.” Congratulations, BIDEN puppet! Your administration has officially stated that you stand against FREEDOM OF SPEECH, the Bill of Rights and the American People. All the so-called Homeland Security (what a joke) statements read like a CCP manifesto from the Chinese communists. So?… Read more »

Terrorism:= The use of violence and threats to intimidate or coerce, esp. for political purposes. Random House dictionary. THIS SOUNDS EXACTLY LIKE WHAT THEY ARE DOING!

Should the day come when I can’t get the truth from truthful sources. Reverse engineering the lies will lead me to the truth.

The Bible leads to all truth, that’s a fact. That is how we can cleanse ourselves!