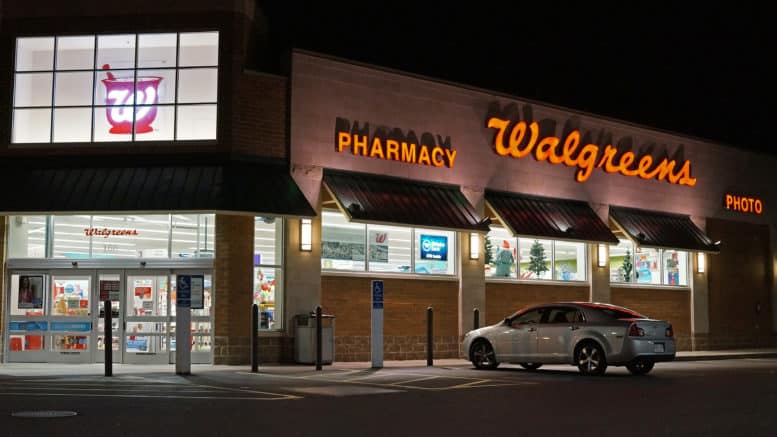 An outright consumer rebellion is the only thing that will stop giant companies like Walgreens from micro-tracking you from entrance to exit. Walgreens offers an empty promise that they won’t track your identity, but that is nonsense because other stores are already doing exactly that! ⁃ TN Editor

Walgreens is piloting a new line of “smart coolers”—fridges equipped with cameras that scan shoppers’ faces and make inferences on their age and gender. On January 14, the company announced its first trial at a store in Chicago in January, and plans to equip stores in New York and San Francisco with the tech.

Demographic information is key to retail shopping. Retailers want to know what people are buying, segmenting shoppers by gender, age, and income (to name a few characteristics) and then targeting them precisely. To that end, these smart coolers are a marvel.

If, for example, Pepsi launched an ad campaign targeting young women, it could use smart-cooler data to see if its campaign was working. These machines can draw all kinds of useful inferences: Maybe young men buy more Sprite if it’s displayed next to Mountain Dew. Maybe older women buy more ice cream on Thursday nights than any other day of the week. The tech also has “iris tracking” capabilities, meaning the company can collect data on which displayed items are the most looked at.

Crucially, the “Cooler Screens” system does not use facial recognition. Shoppers aren’t identified when the fridge cameras scan their face. Instead, the cameras analyze faces to make inferences about shoppers’ age and gender. First, the camera takes their picture, which an AI system will measure and analyze, say, the width of someone’s eyes, the distance between their lips and nose, and other micro measurements. From there, the system can estimate if the person who opened the door is, say, a woman in her early 20s or a male in his late 50s. It’s analysis, not recognition.

The distinction between the two is very important. In Illinois, facial recognition in public is outlawed under BIPA, the Biometric Privacy Act. For two years, Google and Facebook fought class-actions suits filed under the law, after plaintiffs claimed the companies obtained their facial data without their consent. Home-security cams with facial-recognition abilities, such as Nest or Amazon’s Ring, also have those features disabled in the state; even Google’s viral “art selfie” app is banned. The suit against Facebook was dismissed in January, but privacy advocates champion BIPA as a would-be template for a world where facial recognition is federally regulated.