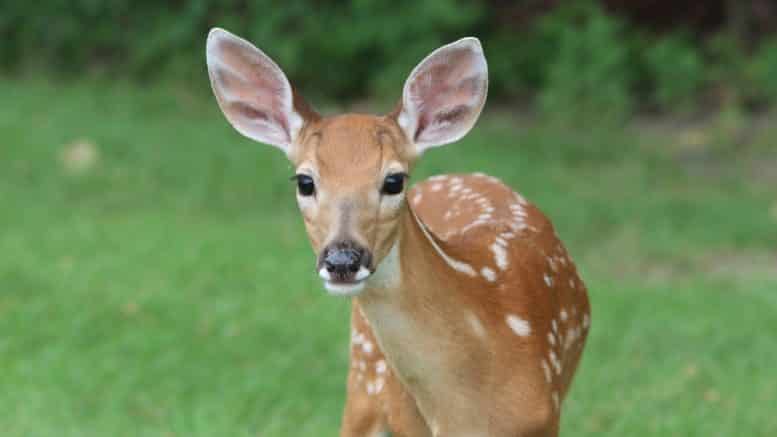 This is crazy and foolish to release these vaccines into the wild, where they will pollute ground and ground water when the animals die. Further, if scientists can make population control vaccines for animals, what is to stop them from making a vaccine for humans as well? Technocrat minds are twisted when it comes to the human race, because they view people as animals and nothing more. ⁃ TN Editor

The anti-vaccination community has long suspected that vaccines, on a global scale, negatively affect human fertility. Well now, the Environmental Protection Agency is using vaccines to thwart deer fertility in communities where deer populations have exploded.

The immunocontraceptive vaccine, called Zonastat- D, is supposed to replace sport hunting in urban communities where residents are uneasy regarding bow and rifle usage on animals. Instead, the Zonastat- D vaccine will compromise the deer’s ability to have offspring. It will block fertilization by way of antibodies which bind to the protein envelope surrounding the egg, according to the Humane Society.

The EPA believes the long-term effect will be the gradual depopulation of the deer community. They claim this to be a non-lethal method of achieving the goal of reducing the herd.

According to the Humane Society, depopulation via vaccines has been in the works since 1993.

The HSUS has traveled a long road with its partners to reach this point. Field studies on deer that provided the foundation for this registration stretch back to 1993, when scientists from the Science and Conservation Center in Billings, Montana, and the University of Toledo joined HSUS staffers to administer the first PZP-filled darts to deer at Fire Island National Seashore in New York. Subsequent HSUS field studies at the National Institute of Standards and Technology – our neighbors in Gaithersburg, Maryland – and a collaboration with Tufts University at Fripp Island, South Carolina, provided more validation. These were experimental programs, and the authorization for the use of the vaccine had only been made at these select locations.

The Zonastat-D vaccine is considered “safe for the animals” by researchers.

The Humane Society believes that fertility vaccines are the future of wildlife management.