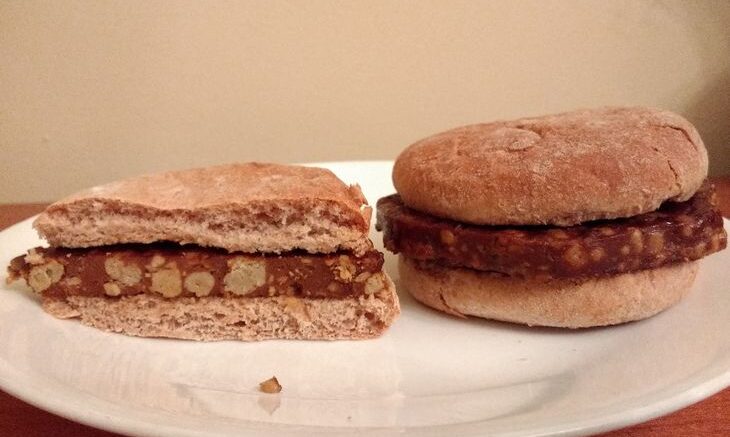 Please Share This Story!
PDF 📄
Bill Gates poured millions of dollars in venture capital funding into Beyond Meat and its competitor Impossible Meat, both manufacturers of fake meat. Silicon Valley vegan techs that started the fake meat stampede in the first place have peaked and demand elsewhere is falling like a rock, leading critics to observe, “Go woke, get broke”. ⁃ TN Editor

Beyond Meat, the company that makes “meat substitutes,” is in trouble. According to Bloomberg, the company’s stock has lost 77% of its value over the last year. In fact, all plant-based meat substitutes are losing customer share. Sales of refrigerated meat alternatives at retailers are down 10.5% by volume for the 52 weeks that ended Sept. 4, according to Information Resources, Inc.

One reason for this is their price. With food prices going through the roof, a lot fewer customers are willing to pay a premium for fake meat when the real thing isn’t that much more expensive.

And according to Deloitte, there’s a cultural resistance at work.

Deloitte believes the industry is suffering from a perception problem. In July, it surveyed 2,000 consumers and found a decline in the belief that plant-based meat is healthier and more environmentally sustainable than meat from animals. (While the environmental credentials of plant-based products compared to their meatier counterparts are well established, the health claims are not.)

Deloitte also suspects that the addressable market may be more limited than previously thought with a growing cultural resistance to its “woke” status — even among those seeking to reduce red meat consumption. Case in point: When Cracker Barrel announced plans to add Impossible Foods’ sausage to its menu over the summer, it faced an onslaught of criticism on social media.

It’s a twist on the “Go woke, get broke” truism. Beyond Meat and other fake meat companies have proudly been marketing their products to vegans and hip wokesters as environmentally friendly and healthier alternatives to red meat. While the benefits of using plants instead of gas-passing, methane-spewing cattle might be a selling point to some, any health benefits from eating meat substitutes are as yet unproven.

NO ONE with a FUNCTIONING BRAIN (aka HUMAN) would go NEAR this EVIL,TOXIC chite!!

Anyone who consumes this ‘fake meat’ are, LITERALLY, participating in an SATANIC RITUAL. Don’t ‘people’ KNOW how this chite is MADE?? Mike Adams, from Natural News, states……they will take a LIVE, PREGNANT cow……CUT HER OPEN, while STILL ALIVE…..THEN, they will CUT THE CALF OPEN, WHILE ALIVE……and TAKE THE CALF’S CELLS! Sounds like A SATANIC RITUAL TO ME!!

I have eaten many brands of veggie burgers and beyond meat is the only one I had a problem with. It gave me really bad stomach cramps, bloating, gas and diarrhea. Healthy food doesn’t do that. I am going back to Garden Burger made of natural veggies and grains. Synthetic food? no thanks.

What I don’t understand is, why pretend? Who would they be trying to impress by pretending to eat meat? Just a make-believe game for themselves?