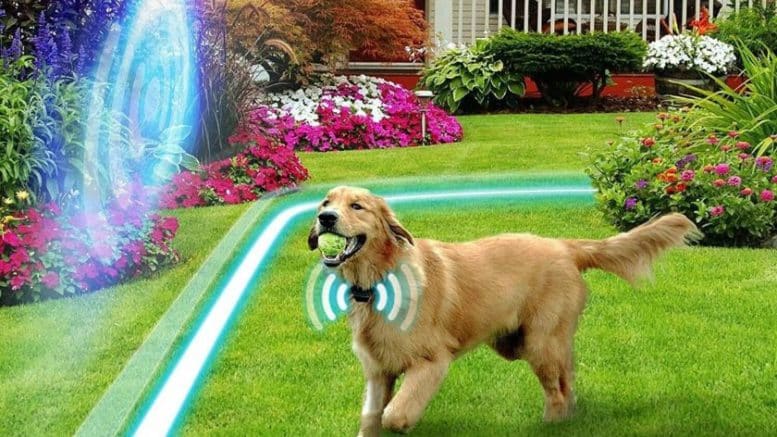 Geofencing technology is well-known to pet owners who want to keep their dogs inside their yard, but now it is being implemented to control the geospatial limitation of people and the vehicles they drive.

Geofencing may be fine for animals like dogs and livestock, but people are not animals. This dystopian technology will be the capstone of total population control. ⁃ TN Editor

Geofencing is a virtual fencing created around the desired boundary locations of a land. Geofencing primarily consists of the software programs which are executed using the data gathered from the GPS (Global Positioning Systems) or the RFID (Radio Frequency Identification).

The data includes the location details as per the geographic parameters of the person’s equipment. The primary factor responsible for the increasing popularity of the Geo-fencing is that it allows an administrator who has set up the geo-fencing to set up the triggers for events. These triggers are set by the administrator for the events such as entry or exit of the devices within the decided boundaries by the administrator. Also, geofencing is getting increasing popularity due to the many application’s incorporations such as the Google Earth.

This incorporation allows the administrators to define the boundaries for geofencing on top of a satellite view as per specific geographical area which is available for the Google Earth application and also the users are deploying the other applications for defining the boundaries using longitude and latitude or through user-created and Web-based maps.

The prime factor responsible for the growth of the Geofencing market is increasing technological advancements in maintaining the security and safety majors for the organizations and also part of the geographies. Also, the constant technological advancements going on in the cloud computing applications, Global Navigation Satellite System (GNSS), and the wireless technologies which are supporting the Location-Based Services (LBS), Global Positioning System (GPS), are contributing significantly in driving the demand for the geofencing.

The other rare and indirect applications of the geo-fencing such as it is virtual perimeter which can be used by the malls or other profit-making organization to attract the customers who are present within their geo fencing boundaries by sending them notifications on their mobile devices. This is one of the emerging parameter driving the demand for geo-fencing in the different industry verticals. On the other hand, higher deployment cost and lack of knowledge are one of the restraining factors for the geo-fencing market.

Global Geofencing Market can be divided into three segments, based on Component and end users of the Geofencing.

Segmentation on the basis of the Component of Geo fencing market:

Segmentation on the basis of the type for Geofencing market:

Segmentation on the basis of the end user for a Geofencing market:

The global Geofencing market is divided into seven regions as North America, Latin America, Eastern Europe, Western Europe, Asia Pacific excluding Japan, Japan, and the Middle East and Africa. Among the given regions, North America region leading the global market for Geofencing due to the dense presence of end users from commercial, manufacturing, and others using Geofencing.

The anticipation of this can be seen in the enforcement of this disutopian future in a video from the military and picked up by Nick Turse of The Intercept called “PENTAGON VIDEO WARNS OF “UNAVOIDABLE” DYSTOPIAN FUTURE FOR WORLD’S BIGGEST CITIES”. It was also available from the military site but now a PDF Megacities and the United States Army https://www.army.mil › downloads from the Army War College in the beginning. It has also been uploaded several times. The Technocrats that Kennedy warned us about are doing everything they can in every institution of mankind to enslave the majority on behalf… Read more »

I sought geofencing for my dogs. However, it was pointed out to me that although my dogs can be trained to stay within the boundaries set for them by the device this does not prevent intruders from coming across the boundary such as wild animals and other people’s children. Therefore, the dogs would not be necessarily safe–just contained. I wonder how that works with geo-boundaries for humans?