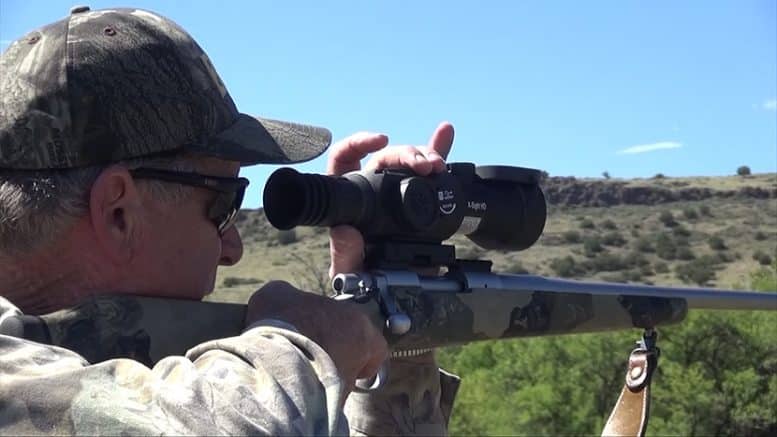 Technocrats in the Administration believe they have some sort of divine right to any data that exists anywhere in the universe, and are working backdoors to increase their already massive hoard or citizen data.
⁃ TN Editor

Own a rifle? Got a scope to go with it? The U.S. government might soon know who you are, where you live and how to reach you.

That’s because the government wants Apple and Google to hand over names, phone numbers and other identifying data of at least 10,000 users of a single gun scope app, Forbes has discovered. It’s an unprecedented move: Never before has a case been disclosed in which American investigators demanded personal data of users of a single app from Apple and Google. And never has an order been made public where the feds have asked the Silicon Valley giants for info on so many thousands of people in one go.

According to an application for a court order filed by the Department of Justice (DOJ) on September 5, investigators want information on users of Obsidian 4, a tool used to control rifle scopes made by night-vision specialist American Technologies Network Corp. The app allows gun owners to get a live stream, take video and calibrate their gun scope from an Android or iPhone device. According to the Google Play page for Obsidian 4, it has more than 10,000 downloads. Apple doesn’t provide download numbers, so it’s unclear how many iPhone owners could be swept up in this latest government data grab.

If the court approves the demand, and Apple and Google decide to hand over the information, it could include data on thousands of people who have nothing to do with the crimes being investigated, privacy activists warned. Edin Omanovic, lead on Privacy International’s State Surveillance program, said it would set a dangerous precedent and scoop up “huge amounts of innocent people’s personal data.”

“Such orders need to be based on suspicion and be particularized—this is neither,” Omanovic added.

Neither Apple nor Google had responded to a request for comment at the time of publication. ATN, the scope maker, also hadn’t responded.

Why the data grab?

The Immigration and Customs Enforcement (ICE) department is seeking information as part of a broad investigation into possible breaches of weapons export regulations. It’s looking into illegal exports of ATN’s scope, though the company itself isn’t under investigation, according to the order. As part of that, investigators are looking for a quick way to find out where the app is in use, as that will likely indicate where the hardware has been shipped. ICE has repeatedly intercepted illegal shipments of the scope, which is controlled under the International Traffic in Arms Regulation (ITAR), according to the government court filing. They included shipments to Canada, the Netherlands and Hong Kong where the necessary licenses hadn’t been obtained.

“This pattern of unlawful, attempted exports of this rifle scope in combination with the manner in which the ATN Obsidian 4 application is paired with this scope manufactured by Company A supports the conclusion that the information requested herein will assist the government in identifying networks engaged in the unlawful export of this rifle scope through identifying end users located in countries to which export of this item is restricted,” the government order reads. (The order was supposed to have been sealed, but Forbes obtained it before the document was hidden from public view.) There’s no clear stipulation on the government’s side to limit this to countries outside of America, though that limitation could be put in place.

I tink someones tellink a fib on illegal exports. I reside in Canada and can’t buy a simple spring for one that has lost its springyness for a extractor on a bolt for a rifle made in the 1930s for a cartridge that is all but obsolete. Never mind something useful for reloading like common cartridge brass let alone a night vision scope. They just want to know who has night vision scopes so they can round the scopes or people up should SHTF.

Thanks for posting this information about Canadian law, Brad. The US population, all too often, swallows (whole hog) information stated by US authorities about other countries’ laws/cultures subsequently judging that info in an ethnocentric manner. You’ve made it clear that what was stated in the article as the focus of the ’roundup’ strategy could not be the focus as law in Canada does not support their statements. Of course the US authorities don’t want such technology to be available to the general populace. Besides the obvious–it may be turned on them. They want to sell the technology worldwide to their… Read more »

And Apple and Google are just TOO happy to comply …… since it serves the NWO Agenda that they support.