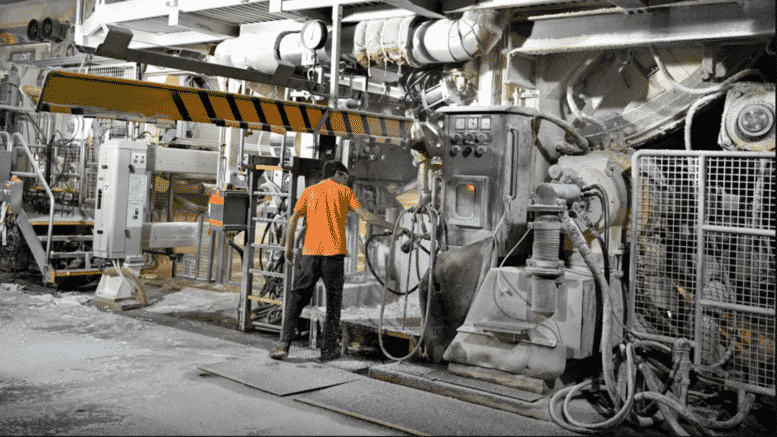 Please Share This Story!
PDF 📄
Get within six feet of anyone and the ear-splitting siren goes off, similar in concept to no-bark collars for dogs. This dystopian Social Engineering tool epitomizes the Technocrat mind that considers humans to like animals who need to be managed as herded like cattle. ⁃ TN Editor

A Swedish manufacturer in France has been accused of treating their employees like dogs after the company asked its workers to wear a social distancing device that emits a high decibel sound if employees are too close to each other.

The French Democratic Confederation of Labour (CFDT), the largest union representing workers at Essity, a Swedish global hygiene and health company, compared the device to a dog collar, saying it is “a system comparable to that which deters dogs from barking”.

The CFDT said according to the French newspaper Le Monde, that the necklaces emit a sound of 85 decibels as soon as “social distancing is no longer respected”.

CFDT union representative Christine Duguet said that “the idea is to discipline employees and call them to order,” going on to say that the implementation of the system represents “an attack on individual freedoms”.

“Since the start of the pandemic, we have scrupulously respected distancing and wearing masks. We wear them all day, we are responsible people!” she protested.

Essity, which produces tissue paper, baby diapers, and feminine care products, said that the introduction of the social distancing devices was in order to “strengthen employee safety”.

“With this system, the site’s Covid referent would be able to alert potential contact cases more quickly and comprehensively,” the company said.

The manufacturer said that the devices do not have a geolocation system, adding that they would not be tied to the personal information of the wearer. Essity also claimed that the devices would be deactivated when employees are using the toilet or in the cafeteria.

Hang on Patriots… America is going down the biggest rabbit hole this country has ever seen. We are being led by the corrupt anti-American clowns that were just elected. At the end of this rabbit hole is “The Great Reset” (see the World Economic Forum’s charter). The World Economic Forums’ mantra is “Build Back Better”… This is relevant in that it’s the same slogan that Joe, Head of the Biden Crime Family, used during the latter part of his pathetic basement campaign.      If you want a taste of “The Great Reset”, just research China’s “Social Credit System”. A comprehensive government surveillance tracking… Read more »

Vaccinated will have that inside their body.

and if workers go along with this they truly are SLAVES,
The collar is a sign of slavery to be led by and that and the Masks, all were used in the slave trade, these creatures at the top really do hate us and love to show their comtempt for people anywhere thay can,and must laugh at how easy it is.
So stand up to these creatures and say NO.. FFS