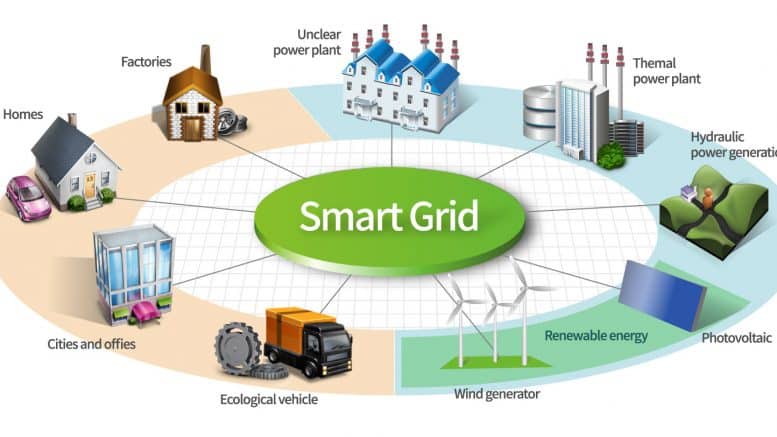 Please Share This Story!
PDF 📄
Technocracy’s control over energy is made possible by creating an artificial energy crisis and then using Smart Grid technology to control people and behavior. TN has warned about this for several years and yet almost everyone yawned and looked away. Now Spaniards, Italians, Germans, etc, are groaning, if not screaming, under the draconian energy lockdowns. ⁃ TN Editor

Responding to Europe’s energy crisis, Spain has controversially banned air conditioning from dropping below 27°C (80.6°F) in the summer.

The new government decree, which applies to a whole host of public buildings as well as shops, hotels and other venues, will also stop heating from being raised above 19°C during the winter.

“The rules will be mandatory in all public and commercial buildings, including bars, cinemas, theatres, airports and train stations,” reports EuroNews.

Ominously, the report also notes that the action is “extended as a recommendation to Spanish households,” meaning it could one day become mandatory similar to hosepipe bans and be enforced by fines.

The government passed the bill to meet a demand by the European Union to “limit dependency on Russian gas.”

🇪🇸 Spain has unveiled a plan to moderate aircon, heating and lighting in public spaces as part of an EU-wide effort to limit Russian gas imports.

Heating will be kept to a maximum of 19 degrees in the winter and a minimum of 27 degrees in the summer, the government said. pic.twitter.com/QINRvxfi2I

The new measures will be enforced by onerous fines that could run to a maximum of €600,000 for “serious violations.”

Spaniards responded by complaining that working indoors in 27°C would be too hot.

“Right now, perhaps suggested by the heat wave we are experiencing, I would say that with 27 degrees we will be very hot,” said Andrea Castillo, a worker at Castellón university. “Perhaps we could work at 25 degrees, but not at 27.”

Aside from the energy crisis, expect to see a push for such measures to be made permanent in the name of pursuing disastrous ‘net zero’ policies to fight climate change.

As we previously highlighted, Germany’s largest residential landlord which owns around 490,000 properties is set to impose energy rationing that will cut heating to tenants at night.

Hamburg’s environment minister also warned Germans that hot water could be rationed and limits on maximum room temperatures introduced as a result of the energy crisis.

Earlier this year, Italy also announced it would start rationing energy to ‘support Ukraine’, with public buildings banned from running air conditioning at lower than 25 degrees or heating higher than 19 degrees.

Meanwhile, in the UK, a majority of Brits think the cost of living crisis will lead to people freezing to death and riots on the streets.

Still, at least everyone got to feel good about themselves for a few weeks by waving Ukrainian flags!

Streetlights off at 10 pm ? That is when most Spanish restaurants are just opening for the evening meal . I predict a rash of street crimes against those dining outside of the home .

That is the intention.

Of course. Let`s Russia grab Ukraine. It is not Spanish problems. After several years Russia decide to grab Lithuania, Latvia, Estonia. Oh..It is also not a Spanish problem. Later Poland and Czech. And one days rissian will say. Hey guys! We think that houses in Spain cost really much for russians. Lets close the LPG to you that you make discount for our people. Russians want to live in Spain opposite the sea side)