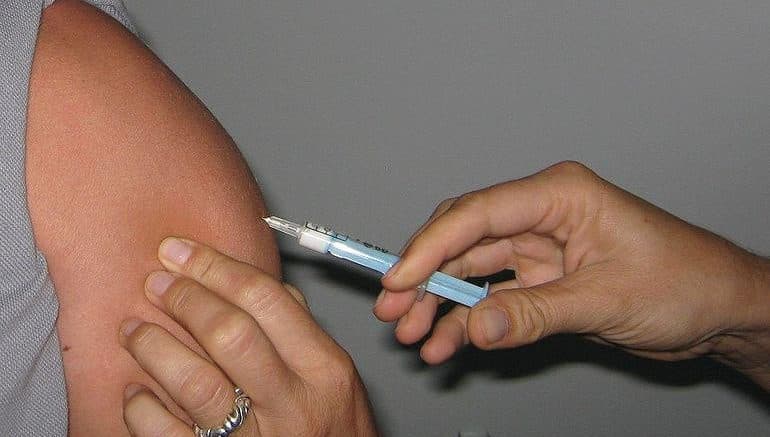 A vocal few who make sense and not chaos can work wonders in any setting. Pro-vaccine civil workers are left to continue their grousing about losing herd immunity due to lack of vaccinations. Who taught these people that humans are nothing more than a herd of animals in the first place?  ⁃ TN Editor

The state of Arizona has canceled a vaccine education program after receiving complaints from parents who don’t immunize their school-age children.

The pilot online course, modeled after programs in Oregon and Michigan, was created in response to the rising number of Arizona schoolchildren skipping school-required immunizations against diseases like measles, mumps and whooping cough because of their parents’ beliefs.

But some parents, who were worried the optional course was going to become mandatory, complained to the Governor’s Regulatory Review Council, which reviews regulations to ensure they are necessary and do not adversely affect the public. The six-member council is appointed by Gov. Doug Ducey, with an ex-officio general counsel.

Members of the council questioned the state health department about the course after receiving the public feedback about it, emails show. The state responded by canceling it.

The complaints that ended the pilot program came from about 120 individuals and families, including 20 parents who said that they don’t vaccinate their children, records show.

“We’re so sorry we couldn’t make a go of this — strong forces against us,”  Brenda Jones, immunization services manager at the Arizona Department of Health Services, wrote in an Aug. 6 email to a Glendale school official, along with a notification about the course’s cancellation.

In an email to two Health Department staff members on Aug. 14, Jones wrote that there had been “a lot of political and anti-vaxx” feedback.

“I’m not sure why providing ‘information’ is seen as a negative thing,” said state Rep. Heather Carter, R-Cave Creek, who spent the last three legislative sessions as chairwoman of the House Health Committee and helped create the pilot program.

“Providing information doesn’t take away a parent’s choice to seek an exemption. … This is a major concern. Vaccines have saved lives for generations. We all want to live in safe and healthy communities.”

It launched in 17 schools in three Maricopa County districts last academic year. The largest share of those schools was in the Paradise Valley Unified School District.

The education program was scheduled to expand to other Maricopa County schools this academic year, and to schools in Pima, Yavapai and Pinal counties during the 2019-20 school year.

State health officials said they have returned to the drawing board regarding the regulatory duty to provide vaccine education to Arizona parents seeking vaccine exemptions.

The overriding message they want parents to understand: Childhood vaccines are far safer than the diseases they prevent.