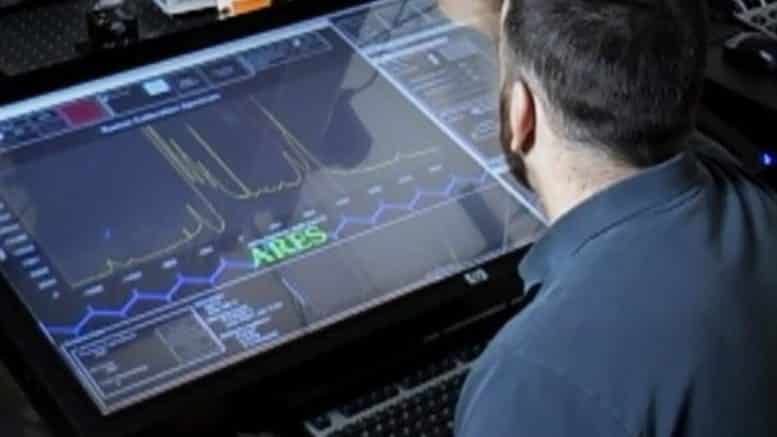 Please Share This Story!
PDF 📄
Herein lies the problem: Surveillance produces a tsunami of data that cannot be analyzed fast enough without a) supercomputers and b) Artificial Intelligence. Technocrats are in their element. ⁃ TN Editor

Like other military services and Department of Defense components, the Air Force is finding itself overloaded these days with streaming intelligence data, and is looking to machine learning and artificial intelligence to help its analysts quickly put all that information to practical use.

Specifically, the service is looking to fuse Multi-intelligence, or Multi-INT, which can consist of data in multiple formats from manned and unmanned aircraft, satellites, and ground stations, as well as other sources. The volume and variety of that data can leave analysts unable to parse it all and knowledgeably help inform the decision-making process. So the Air Force Research Laboratory (AFRL) has issued a Request for Information looking for input from industry, academia, and other government labs on applicable tools that are available or in development.

An overabundance of data is nothing new–the Air Force has been complaining about the dangers of sensor-driven overload since the early 2000s–but the need to solve the problem is becoming more urgent. The Air Force is moving to a new exploitation paradigm called Sense, Identify, Attribute, Share (SIAS) that requires new approaches to exploiting Multi-INT, according to the RFI.

The Air Force’s Next Generation ISR Dominance Flight Plan, signed in July this year, states that the service “must have the architecture and infrastructure to enable machine intelligence, including automation, human-machine teaming, and ultimately, artificial intelligence,” which will define the service’s Intelligence, Surveillance, and Reconnaissance (ISR) efforts going forward.

“Technology components designed to support SIAS will need to ingest, reason over, and inform both analysts and other emerging technologies designed to automate both ISR database queries and physical collection,” the RFI states.

The Air Force is far from alone in looking to use AI and machine learning to deal with the onslaught of intelligence data. The National Geospatial-Intelligence Agency (NGA) wants to use the technologies to get a handle on the massive amounts of geospatial intelligence (GEOINT) it collects, focusing on the geospatial content within its Multi-INT data sources. NGA most recently awarded seven one-year research contracts for applying advanced algorithms and machine learning to characterize geospatial data. The awards were part of the agency’s three-year Boosting Innovative GEOINT Broad Agency Announcement (BIG BAA) initiative, which since 2016 has awarded a series of contracts targeting specific topic areas.

The Department of Defense’s Project Maven is taking an algorithmic approach to analyzing millions of hours of full-motion video from drones and other sources (and was the center of controversy when some Google employees objected to the company’s involvement; Google eventually decided to leave the project). The Intelligence Advanced Research Projects Activity (IARPA) also is developing AI systems in other areas of what it calls anticipatory intelligence, such as its Deep Intermodal Video Activity (DIVA) program to automate the monitoring and analysis of endless hours of surveillance video.