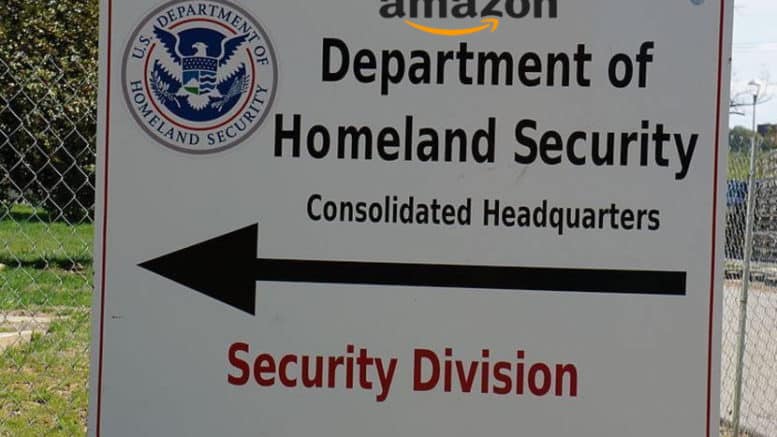 The Homeland Security Department is looking to upgrade the software it uses to analyze biometric data on hundreds of millions of people around the globe, and it plans to store that information in Amazon’s cloud.

IDENT essentially serves as an enterprisewide clearinghouse for troves of biometric and biographic data collected by the Transportation Security Administration, Customs and Border Protection, Secret Service and other Homeland Security components. The system links fingerprint, iris and face data to biographic information, allowing officials to quickly identify suspected terrorists, immigration violators, criminals and anyone else included in their databases.

According to the solicitation, Homeland Security is in the process of replacing IDENT with the Homeland Advanced Recognition Technology System, or HART. The new system will include the same biometric recognition features as its predecessor, and potentially additional tools that could identify individuals based on DNA, palm prints, scars, physical markings and tattoos.

Amazon Web Services’ GovCloud US-East and US-West regions are data centers specifically built by the company to house some of the government’s most restricted information. AWS is no stranger to hosting sensitive government data, having already claimed the CIA, Defense Department, NASA and other federal agencies as customers in part because of perceived security improvements over government legacy systems.

When reached for comment, an AWS spokesperson referred inquiries to DHS.

In 2018, Northrop Grumman won a $95 million contract to develop the first two stages of the HART system, and its contract is set to expire in 2021. The department plans to use responses to the latest solicitation to inform its strategy for further developing the platform, the DHS spokesperson said.

Specifically, officials are asking vendors for ideas on how to build those multiple identification functions into the new system, while leaving room to add any new recognition “modalities” as they arise. Officials also want input on developing a handful of general reporting, analytics and search tools, as well as desktop and mobile web portals where Homeland Security employees can access the system.

A few months ago the DHS where I live has hired hundreds of new people. The manager I talked to said they need them because there are so many who need help. It is happening all over the west coast state. Also in this state they are going to visit every homes with a brand new baby, up to 3 visits a year to make sure the baby has received all vaccines, etc. Since when did they care about babies? Our state is high on the abortion bus. They always say ‘it’s about the children’. No, that is how they… Read more »