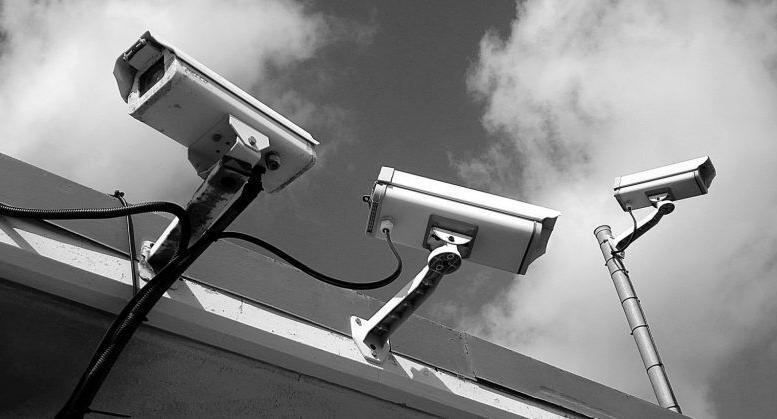 Please Share This Story!
PDF 📄
The Second Amendment will not protect you from massive and ubiquitous surveillance and the wholesale distribution of your data to hostile entities. Unless it is stopped, you cannot escape the surveillance dragnet. But, change in behavior must start with citizens. ⁃ TN Editor

“The deployment of connected home security cameras that allow footage to be queried centrally are simply not compatible with a free society.” – Amazon engineer Max Eliaser

The greatest threat posed to democracy in any free nation is that of ubiquitous government surveillance. Many countries today are struggling to find the proper balance between useful facial recognition and connected-camera technologies and those that threaten our privacy.

We’re here to make it easy: Public-facing facial recognition or connected home-security camera systems that offer access to law enforcement are dangerous and should be banned outright.

The problem with Ring

Here’s how Amazon convinces millions of people they need to pay $200 for the privilege of letting hackers, Google, Facebook, contractors in other countries, and the US government spy on them. The official Ring website has a page titled “Criminals Caught In The Act.” As advertised, the page displays several examples of their connected-camera doorbell device thwarting criminal endeavors.

What Amazon (the company that paid two billion dollars for Ring) wants you to believe is that you simply install a smart doorbell where your existing doorbell is. This smart doorbell has a camera in it that’s always recording. Amazon takes care of hosting the footage so you don’t have to maintain large amounts of high-definition data.

These devices are positioned as security cameras. The past few years have seen a sharp increase in occurrences of package theft. Ring says its cameras can help law enforcement track down and apprehend these thieves.

Amazon also positions the Ring cameras as a sort of digital Neighborhood Watch. Users are encouraged to download the company’s Neighborhood app and participate in a community forum that’s even open to residents who don’t own a Ring device.

They’re also asked to consent to allowing the police to request footage from their cameras in the event a crime is committed in the neighborhood and said footage could aid police in apprehending the criminal.

If you’re reading this and starting to feel like maybe you and all your neighbors should go out and buy a Ring camera, then Amazon is doing its job perfectly. Unfortunately for anyone considering purchasing a Ring camera, its job is to sell you Ring devices so that it can fulfill the promises its made to police departments across the country.

They’re essentially useless unless you opt-in to having your footage stored centrally. This means your data will live on Amazon‘s servers for as long as Amazon chooses to keep it there. It will almost certainly be accessed by at least one stranger. This stranger may not work for Ring, Amazon, or even be in the same country as you.

You cannot stop police from accessing your Ring camera data, even if you opt out. Amazon and Ring do not disclose the full nature of their partnership with police departments and Amazon has no access control over how police use the footage. They’re basically on the honor system.

This means the police are required to police themselves: there are no actual laws or physical security precautions in place to prevent them from misusing their specific access.

Ring cameras have already been hacked several times and the longer they’re out in the wild the more opportunities bad actors will have to find new vulnerabilities. There currently exists no technology by which Amazon can guarantee your camera won’t be hacked.

There are no US laws preventing Amazon from sharing any footage it obtains with anyone else. And it’s important to remember that even if you don’t own a Ring camera, the ones in your neighborhoods are still recording footage of you without your consent.

Ring shares information with third-parties such as Google, Facebook, law enforcement agencies across the US, and contractors in the Ukraine – this isn’t a fear, it’s a fact. That means that right now, if you’ve ever been caught on any Ring camera, footage of you is on an Amazon server and you have no way of controlling who has access to it.