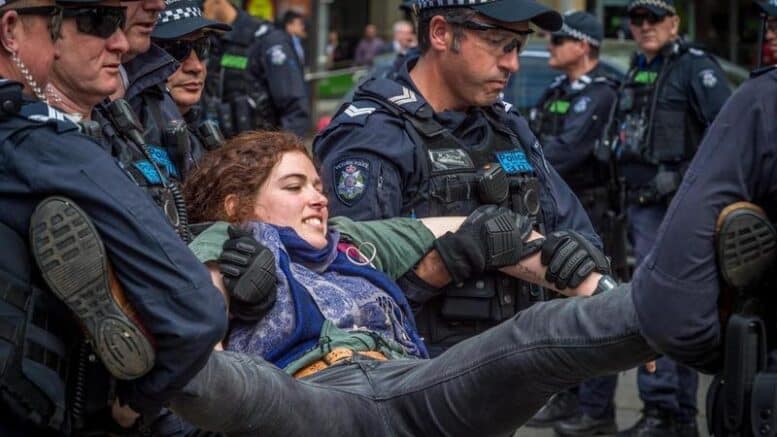 Please Share This Story!
PDF 📄
Australia is pushing tyranny to a new level as protesting over COVID lockdowns and wearing masks may soon be declared criminal activity, allowing the government to snatch and detail protestors who refuse to comply. This is based on fraudulent science that itself has mostly been “unmasked” around the world. ⁃ TN Editor

Weekend demonstrations have flared up in Australia over the last month, as Aussies have vented their frustrations and attempted to take back control of their communities after a surge in virus cases prompted the government to re-implement some of the world’s most draconian social-distancing measures.

And if there is one thing that terrifies increasingly tyrannical governments, it’s a loss of control of the narrative, which is why the Australian government is getting a jump start on curbing any so-called “conspiracy theorists” daring to spread information that questions the fear-mongering being used to keep Aussie citizens under lock and key.

A new bill is expected to be debated by the Victorian government in the State Parliament this week. It gives local authorities the power to detain “conspiracy theorists” and people who refuse to self-isolate, reported Caldron Pool.

If passed, the COVID-19 Omnibus (Emergency Measures) allows the government to detain anyone labeled as a “high risk” or likely to spread COVID-19 negligently.

A state government spokesman told The Age that the rule could be applied to “conspiracy theorists who refuse to self-isolate or severely drug-affected or mentally impaired people who do not have the capacity to quarantine.” Those arrested under the new rule will be housed in quarantine facilities.

Attorney-General Jill Hennessy said the new bill would “allow us to continue responding to the challenges the pandemic presents, so we can keep protecting Victorians and delivering the services they rely on.”

So far, many of the anti-lockdown demonstrations have been held on the weekends. At least 200 people were fined and 74 arrested at a protest in Melbourne on Sunday. If the bill is passed, some protesters would be rounded up and arrested, and could spend time in a quarantine facility.

Clearly, the government’s intent to extend powers and detain conspiracy theorists and those who pose a risk of spreading the virus should be alarming to readers.

In a glimpse of what is ahead, authorities have already arrested a Melbourne woman for allegedly writing pro-anti lockdown posts on social media.

The AntiGlobalist Movement is gaining momentum Globally. Here is my video promoting the AntiGlobalist Demonstrations: to be held in Las Vegas and London on September 26th, 2020. https://www.youtube.com/watch?v=EpLzCeagejY& Here are two other videos worth a watch. Newt Gingrich shut up by FOX News for identifying Soros as complicit in the violence. About a year ago they censored a guest that linked Soros, USAID in the Illegal Migrant Caravan’s. That time they said the guest was Antisemetic because Soros is Jewish. What a pant load. What it shows it even FOX does not want us to understand how both Soros and… Read more »

If it was me, I’d get out of Victoria if I could, fast.

I’d like to ask ALL of Australia…….
WHAT did you THINK was going to happen once you GAVE UP YOUR FIREARMS?!?!?!?!

For the LIFE of me!!!! I do NOT understand people!!!! This EXACT same thing (and it’s only going to get WORSE; MUCH WORSE), happens EVERY…..SINGLE……TIME!!! Does not matter ‘WHERE’ it is or in what CENTURY when it happens. EACH…..AND……EVERY……TIME!!

This is beyond insane! Where is the science behind these draconian rules? Oh, that’s right there is none! Remember never ever give up your right to bear arms, never!
An armed society is a polite society.

people of victoria wake the f…up. arrest andrews for sedition and treason (and off with his head) and round up all cops who are not supporting the citizen (after all you pay their salary) and arresting you on a jumped up conspiracy theory. firstly one cannot have a conspiracy theory – it is an oxymoron. it is either a conspiracy by the government to seek total control of over you or it is a theory in which case there is no legal case in history to support an arrest. tell the cops loud and clearly when the chips are down… Read more »

About a week ago we had to evacuate our home because of one of the many fires that have been intentionally started. My biggest lesson learned from that experiences was that unless you have the financial resources to really protect yourself and family from what is coming…..you need to be prepared spiritually…and then do the best you can knowing in the long term hard times are coming and there is nothing we as individuals can do change it. If these are indeed the latter days then we have crossed into end time events that cannot be altered and will play… Read more » 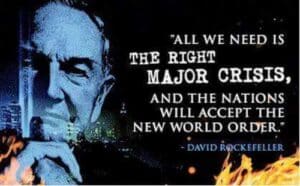 Notice how they 1st disarmed them.