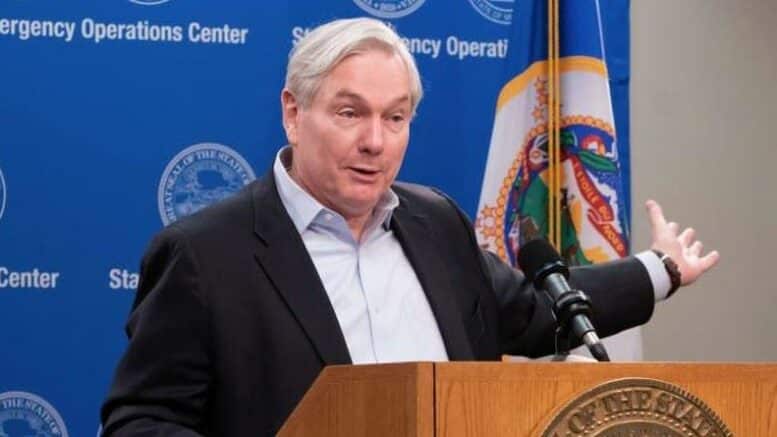 Please Share This Story!
PDF 📄
If Joe Biden is ultimately inaugurated in 2021, the odds are increasing that one of his first acts will be to invoke a national lockdown that will make previous lockdown seem trivial. This would amount to medical martial law. ⁃ TN Editor

Meet the esteemed Dr. Michael Osterholm, who serves as director of the Center of Infectious Disease Research and Policy at the University of Minnesota, and is the latest “scientist” to join Joe Biden’s “special coronavirus transition advisory team.”

We have to do something, Osterholm argues, or – echoing the exact same words Dr. Fauci has fearmongered America with – the U.S. is headed for dark days before a vaccine becomes available.

The ‘casedemic’ does look terrifying.

So what is his suggestion?

A nationwide lockdown would drive the number of new cases and hospitalizations down to manageable levels while the world awaits a vaccine, Osterholm told Yahoo Finance on Wednesday.

“We could pay for a package right now to cover all of the wages, lost wages for individual workers for losses to small companies to medium-sized companies or city, state, county governments. We could do all of that,” he said. “If we did that, then we could lockdown for four-to-six weeks.”

So a massive bailout for state and local governments… oh and “we, the people” while we all suffer locked-down like a dementia-ridden presidential candidate in our basements through Thanksgiving and Christmas… with depression and suicide rates soaring ever higher?

As a reminder, we note that this is the same ‘scientist’ who co-wrote an op-ed with Minneapolis Federal Reserve President Neel Kashkari in which the two argued for more restrictive and uniform lockdowns across the nation.

“The problem with the March-to-May lockdown was that it was not uniformly stringent across the country. For example, Minnesota deemed 78 percent of its workers essential,” they wrote in the New York Times.

“To be effective, the lockdown has to be as comprehensive and strict as possible.”

In other words – Obey! Or the economy gets it… Again!

Stick your lock downs, vaccines and useless masks this is not about health! It’s about CONTROL and the roll out of the Global Reset.

A cry for help from Germany, which is still occupied by the Allies.
On November 18, 2020, the Merkel regime wants to pass a legislative proposal that equates to self-empowerment. Adolf Hitler also empowered himself at the time, and the result was millions of deaths. This time there could be a multiple number of dead and injured / sick.
Anyone in Berlin on November 18, 2020 should come to the Bundestag and join in the protest.
“Berlin 11/18/2020: the most important event of your life! Go there!” – https://coronistan.blogspot.com/2020/11/berlin-18112020-der-wichtigste-termin.html

This is absolutely nuts and infuriating that we’re allowing this small group of people to do this to us billions of people. Enough is enough.

People esp men, need to rise up and revolt, take back their freedoms.