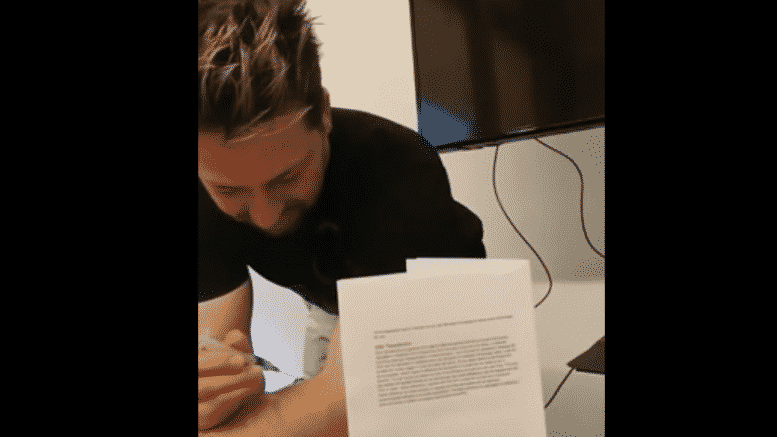 This is not the way to push the frontiers of science, but rather the way to incite other crazies to experiment on their own bodies with untested and unproven therapies. Zayner is right: someone is going to get hurt. ⁃ TN Editor

When Josiah Zayner watched a biotech CEO drop his pants at a biohacking conference and inject himself with an untested herpes treatment, he realized things had gone off the rails.

Zayner is no stranger to stunts in biohacking—loosely defined as experiments, often on the self, that take place outside of traditional lab spaces. You might say he invented their latest incarnation: He’s sterilized his body to “transplant” his entire microbiome in front of a reporter. He’s squabbled with the FDA about selling a kit to make glow-in-the-dark beer. He’s extensively documented attempts to genetically engineer the color of his skin. And most notoriously, he injected his arm with DNA encoding for CRISPR that could theoretically enhance his muscles—in between taking swigs of Scotch at a live-streamed event during an October conference. (Experts say—and even Zayner himself in the live-stream conceded—it’s unlikely to work.)

So when Zayner saw Ascendance Biomedical’s CEO injecting himself on a live-stream earlier this month, you might say there was an uneasy flicker of recognition.

Ascendance Bio soon fell apart in almost comical fashion. The company’s own biohackers—who created the treatment but who were not being paid—revolted and the CEO locked himself in a lab. Even before all that, the company had another man inject himself with an untested HIV treatment on Facebook Live. And just days after the pants-less herpes treatment stunt, another biohacker who shared lab space with Ascendance posted a video detailing a self-created gene therapy for lactose intolerance. The stakes in biohacking seem to be getting higher and higher.

“Honestly, I kind of blame myself,” Zayner told me recently. He’s been in a soul-searching mood; he recently had a kid and the backlash to the CRISPR stunt in October had been getting to him. “There’s no doubt in my mind that somebody is going to end up hurt eventually,” he said.

Zayner holds a Ph.D. in biochemistry and biophysics, and he now runs a company called The ODIN that sells DIY CRISPR kits, including the CRISPR construct he injected in himself for the muscle growth. He’s long had critics, and he certainly does not speak for the entire biohacking community. But given that even the most visible stuntman in biohacking is worried about the effects of his stunts, I asked him to reflect on recent events.

We talked about why Zayner originally injected himself with CRISPR on a live-stream, why he sees his stunts as “social activism” gone awry, and why he is still planning to sell DIY CRISPR kits. The interview has been edited and condensed for clarity.