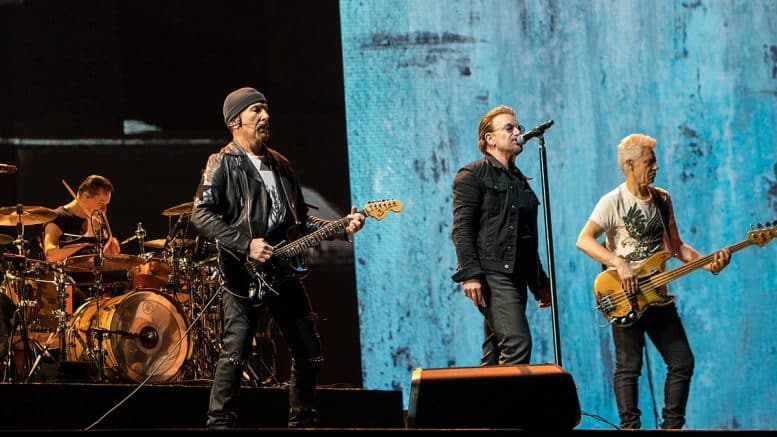 Bono is an outspoken apologist for the European Union, the United Nations and Sustainable Development and he is worried about threats to their very existence. He views the UN as “the conscience of our humanity.” ⁃ TN Editor

Irish rock star Bono warned Monday that the United Nations and other international institutions including the European Union and NATO are under threat — and nations must work together to ensure their continued existence.

The Dublin-born U2 singer and activist gave a sobering speech to several hundred U.N. diplomats and staff at an event launching Ireland’s candidacy for a seat on the powerful Security Council in 2021-22 saying “you can count on Ireland to do its part in that work.”

While Bono didn’t name any countries responsible for threatening global institutions during these “troubled times,” his words appeared clearly aimed at U.S. President Donald Trump, who has criticized the EU and NATO. The American leader has also pulled out of the Paris climate agreement which the singer cited, and taken aim at the World Trade Organization with new U.S. tariffs, an institution Bono said is also under threat.

He then said the EU, NATO and the Group of Seven major industrialized nations have also been threatened.

On Sunday night, the Irish government invited ambassadors from the 192 other U.N. member nations to Bono’s concert at Madison Square Garden as part of its launch for a council seat.

Bono, who is also a human rights and humanitarian activist and philanthropist, joked Monday evening that it was “unusual having a load of ambassadors jumping up and down at a rock and roll show.” He told the diplomats: “at least you weren’t shouting at each other, so that was good.”

But his speech was both his sobering assessment of the state of the world and an appeal to the diplomats to back Ireland for a council seat.

Yo Boneo Head… “IF” it becomes necessary to defend our nation against these Satanic Institutions, Which there is a 99% possibility it will, We will make Darn sure to include you in the list of Fatalities… Its highly apparent you know nothing about the Holy Scriptures or you would not be backing these institutions… Then again, you may simply be a Satan Worshiper like they are… But If you are interested in the truth about their One World Order Read the following: Genesis: Tower of Bable… Revelations: Entire Book… Daniel: Entire Book… Ezikel; Entire Book… If your even half way… Read more »