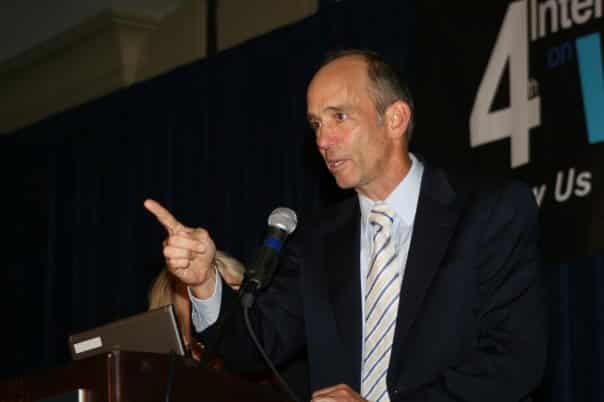 Please Share This Story!
PDF 📄
Sir Francis Bacon first said in 1597, “Knowledge is power”, which has since become Google’s unspoken credo. By controlling what gets to your eyes, ears and mind, Google can control you and everyone else.

Mercola.com is the #1 alternative and health-related site in the world, with a global rank of 6,335 of most traffic sites, receiving over 13 million visits per month. 48% of this traffic is from organic searches from engines like Google. However, Mercola has also been banned from Pinterest and shadow-banned by other social media. ⁃ TN Editor 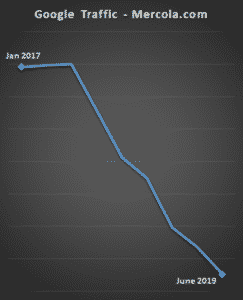 Over the years, the government and business monopolies, including the likes of Big Tech, have formed a global alliance hell-bent on protecting and concentrating member profits. The price for keeping business going as usual is personal liberty and freedom of speech that may impact these fascist government-industrial complexes.

The major industries colluding to take over the government and government agencies include banking, military, agriculture, pharma, media and Big Tech.

The leaders of these industries have organized strategies to buy off politicians through lobbying and to capture regulatory agencies through revolving door hiring strategies and paid-for media influence through advertising dollars.

Big Tech has joined the movement, bringing in a global concentration of wealth to eliminate competition and critical voices — voices that bring awareness to the frightening future as our rights, freedoms and competition erode into a fascist sunset, all disguised as a means to protect you from “misinformation.”

This year, we’ve seen an unprecedented push to implement censorship across all online platforms, making it increasingly difficult to obtain and share crucial information about health topics. If you’ve been having difficulty finding articles from my website in your Google searchers of late, you’re not alone.

Google traffic to Mercola.com has plummeted by about 99% over the past few weeks. The reason? Google’s June 2019 broad core update, which took effect June 3,1 removed most Mercola.com pages from its search results. As reported by Telaposts.com:2

“The June 2019 Google Broad Core Algorithm Update impacted the rankings of websites in Google’s Search Engine Results Pages. Several aspects of the algorithm were changed which caused some sites to gain visibility and others to lose visibility.

Generally speaking, sites negatively impacted will see a drop in rankings for many or all of important keywords or key phrases which they used to rank well for … The June 2019 Google Broad Core Algorithm Update impacted sites across the web, however, I am personally seeing the most impact on News and Health sites.”

Even skipping the “.com” will minimize your search results, and oftentimes the only pages you’ll get are blogs, not my full peer-reviewed articles. Negative press by skeptics has also been upgraded, which means if you simply type in my name none of my articles will come but what you will find are a deluge of negative articles voicing critiques against me in your searches. Try entering my name in Yahoo or Bing and you will see completely different results.

As explained by Telapost,3 a core update “is when Google makes several changes to their main (core) algorithm.” In the past, Google search results were based on crowdsource relevance. An article would ascend in rank based on the number of people who clicked on it.

Traditionally, if you produced unique and high-quality content that matched what people were looking for, you were rewarded by ranking in the top of search results. You would find Mercola.com near the top of nearly any health search results.

So, let’s say one of my articles on diabetes was seventh on the page for your search; if more people clicked on that link than, say, an article listed in third or fifth place, my article would move up in rank. In a nutshell, Google search results were, at least in part, based on popularity.

That’s no longer the case. Instead, Google is now manually lowering the ranking of undesirable content, largely based on Wikipedia’s assessment of the author or site.

Wikipedia’s founder and anonymous editors are well-known to have extreme bias against natural health content and authors. Google also contributes heavily to funding Wikipedia, and Wikipedia is near the top of nearly all searches — despite the anonymous aspect of contributors. Who better to trust than a bunch of unknown, unqualified contributors?

Wikipedia’s co-founder even admits these bad actors have made it a “broken system.”4 Why would Google give such credibility to a platform that even its own founder says is broken and overrun with bad actors?

Another major change was Google’s 2019 quality rater guidelines,5,6 released May 16. What are these guidelines? As explained by Telapost:7

“Google hires ‘quality raters,’ people who visit websites and evaluate their quality. Their feedback doesn’t directly impact your site; it goes to engineers who update the Google algorithm in an effort to display great websites to their users. The guidelines give us great insight as to what Google considers a quality web page.”

One significant change: Google now buries expert views if they’re deemed “harmful” to the public. As explained by The SEM post:8

“There has been a lot of talk about author expertise when it comes to the quality rater guidelines … This section has been changed substantially … [I]f the purpose of the page is harmful, then expertise doesn’t matter. It should be rated Lowest!”

Google used to rank pages based on whether an author could prove their expertise based on how many people visited a page or the number of other reputable sites that linked to that page. No more.

As you may have noticed, we’ve stayed on top of this, even creating a peer review panel of medical and scientific experts that review, edit and approve most articles before they’re published. This is in addition to my own medical expertise as a board-certified physician.

My articles are also fully referenced, most containing dozens of references to studies published in the peer-reviewed scientific literature. Alas, none of this now matters, as the very fact that the information I present typically contradicts industry propaganda places me in the lowest possible rating category.

Different perspectives are essential to a healthy debate of ideas. When our voices are censored humanity loses and fascism wins. Pinterest has banned me, Google has mostly erased my information and many others are experiencing this same censorship. What makes me so dangerous to these industries that they need to censor me from those looking for my information?

Google had the brilliant idea of utilizing crowd sourcing, providing the best answers to your questions by pushing the most frequently selected content to the top of the search results — a truly democratic system to reward people for sharing information, and helping you locate this information by essentially sharing the most popular, highest quality content.

My information was frequently at the top of many health searches, because many people like you found it to be the most valuable. But as Google’s power grew to enormous proportions, the goal of providing this service to you changed. The goal now is to become even more powerful by uniting with other powerful industries and government to force their beliefs on the masses and manipulate the future itself.

Crowd sourcing has become crowd control. Google began by giving you everything you want so it can now take everything you have. Google has changed from looking at users as customers and giving them what they want, to making users custodians of their will — essentially making you a host of a virus to carry out their agenda.

Google has become the ultimate puppet master, infecting people and manipulating them without even knowing it. Their true goal is to be in complete control of all of us, directing our behavior — and should we rebel, they also have partnered with the military to create drones utilizing artificial intelligence to ensure resistance will be defeated.

Mercola is a great doctor, so I am not surprised that they do not want the truth to get out.